This Day in History | 1964 Kennedy murder was ‘no conspiracy’ 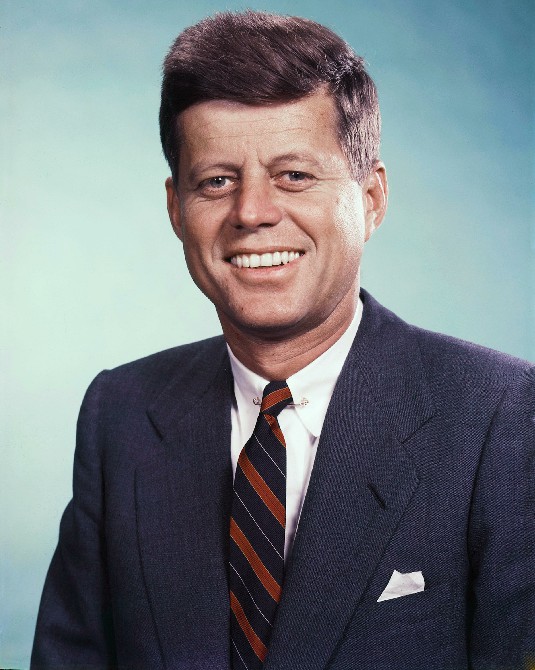 There was no conspiracy surrounding the death of President Kennedy but there were serious failures by those responsible for his protection, according to a government report.
The 300,000-word document, prepared by a special commission set up by President Johnson to investigate the assassination, ends months of speculation about the death of the president on 22 November 1963 in Dallas, Texas.
The commission, led by Chief Justice Earl Warren of the Supreme Court, concludes in its report that gunman Lee Harvey Oswald acted alone when he fired three rifle shots at the president from the Texas School Book Depository.
It rules out suggestions that Oswald, 24, had an accomplice and that shots were fired from an overpass situated in front of the president’s car.
It states that Oswald was also to blame for shooting a police officer with a revolver approximately three-quarters of an hour later on a Dallas street.
Ballistics analysis revealed both guns were owned by Oswald.
The report also found that Jack Ruby, 53, who shot Oswald dead two days after the president’s death at a Dallas police station also acted on his own initiative.
But the security services responsible for protecting the president were severely criticised by the report.
The Secret Service was criticised for not taking adequate safety precautions prior to the trip and for not liaising enough with other government departments.
It is understood the Federal Bureau of Intelligence (FBI), the Central Intelligence Agency (CIA) and the Office of Naval Intelligence all had dossiers on Oswald prior to the shooting following his defection from Russia to America in 1961.
The Secret Service, however, was unaware of his existence, the report stated.
The FBI was criticised for taking “an unduly restrictive view of its responsibilities in preventive intelligence work prior to the assassination.”
The press and the media were also criticised for turning Dallas police station into “bedlam” after the assassination and the police officers themselves were condemned for not following correct interviewing procedures when quizzing Oswald about the shooting.

President Johnson immediately appointed a committee to look into the recommendations in the report.
In the years since the assassination there has been much debate about who actually killed JFK.
In 1979 the US Congress House Select Committee on Assassinations said four shots could be heard on audio tape of the assassination, and they appeared to come from two different locations.
The committee concluded Oswald probably did not act alone.
However, the sound of shots cannot be distinguished as such by the ear and the committee’s report was later described as “seriously flawed” by the US National Academy of Sciences.
US scientists are in the process of digitising the original tape, never heard by the Warren Commission, and which is now too fragile to be played.
A number of conspiracy theories ranging from an elaborately staged suicide to a right-wing government conspiracy have been suggested.
Oliver Stone’s 1992 movie “JFK” supported the conspiracy theorists however an official government review in 1998 again concluded there had been no conspiracy.
The debate still continues with strong opinions on both sides.