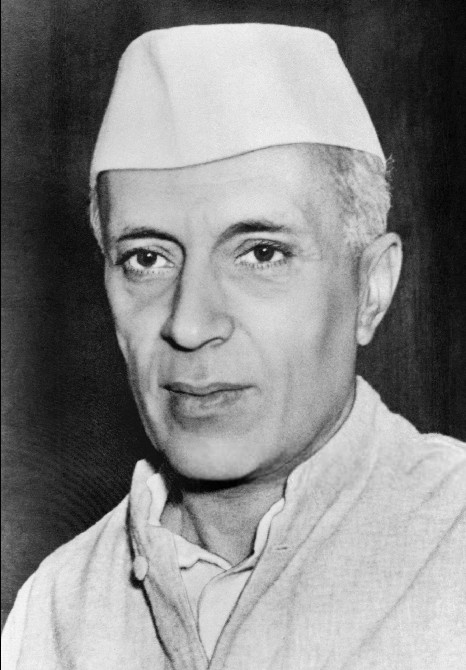 Jawaharlal Nehru, founder of modern India and its current prime minister, has died suddenly at the age of 74.
He was taken ill in the early hours of this morning at his house in New Delhi. He had returned from holiday at a hill station near the capital the previous evening, apparently in reasonable health.
It is believed he suffered a heart attack, and although specialists fought to save him for much of the day, he passed away early this afternoon with his daughter, Indira Gandhi, by his side.
News of his death was broken to the lower house of parliament, the Lok Sabha, at 1400 local time (0830 GMT), by cabinet minister C Subramaniam.
In a broken voice, he told colleagues, “The prime minister is no more. The light is out.”
Politicians openly wept as party leaders paid tribute to the man who has led India since independence from Britain 17 years ago.
The news spread quickly through the streets, and thousands of ordinary Indians began to converge on Mr Nehru’s mansion in New Delhi.
Within two hours of the announcement, tens of thousands of people had gathered, and truckloads of police took up positions outside the grounds to control the rapidly growing crowd.
Mr Nehru’s body was moved from his first-floor bedroom down to a makeshift bier in front of the house.
Then began a long procession which lasted through the rest of the evening and into the night, as nearly 250,000 men, women and children filed past to pay their respects.
The Home Minister, Gulzarilal Nanda, was sworn in as interim prime minister at midnight, although it is being emphasised that the appointment is temporary.
Pandit Nehru had not indicated who he would prefer to succeed him.
When the subject was raised just five days ago at a news conference, he said that although he had given some thought to the suggestion that he should retire, “my lifetime is not ending so very soon.”
The man thought most likely to succeed him is Lal Bahadur Shastri, a Minister without Portfolio in Mr Nehru’s cabinet with a reputation for moderation. He was a close political confidant of Mr Nehru.
Other possible candidates are Mr Nehru’s daughter, Indira Gandhi, and the former finance minister, Morarji Desai.

Lal Shastri emerged as the compromise candidate to succeed Nehru after none of the other contenders could find enough support within the Congress Party.
He took office on 9 June 1964, but served for less than two years until he also died of a heart attack in office in January 1966.
Lal Shastri was succeeded by Pandit Nehru’s daughter, Indira Gandhi.
This began the long Nehru-Gandhi dynasty which has dominated the top echelons of Indian politics to this day.
Jawaharlal Nehru, the son of a lawyer, was a key figure in the struggle for independence from Britain.
He was a confidant of Mahatma Gandhi, and was imprisoned several times.
Independence was finally granted to India in 1947, and Nehru became India’s first prime minister.
Over the next 17 years he took India along a socialist path, although he refused to align the country to either the Soviet Union or the United States in the Cold War.
Although some of his policies have been discredited in recent years, he remains a legendary and much-loved figure in his country’s early history, and is justifiably known as the architect of modern India.