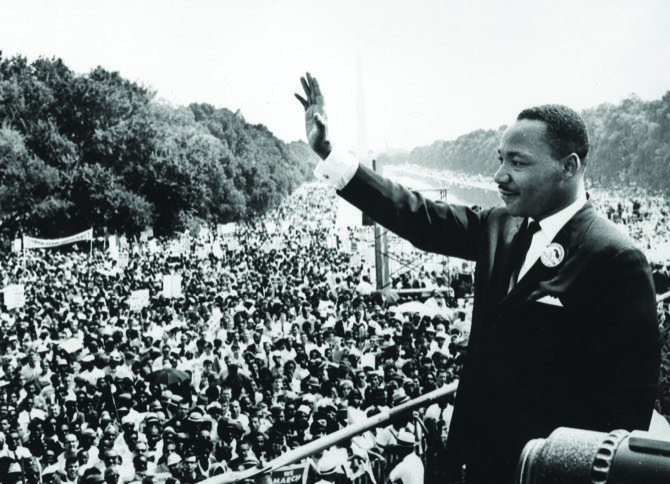 Dr Martin Luther King has taken a crowd of nearly 25,000 people to the steps of the state capital of Montgomery, Alabama to highlight black grievances.

The procession marks the end of a five-day march which started in Selma last week and it brings to a close a month of civil rights protests in Alabama.

Troops policed the roads surrounding the capital and army helicopters hovered overhead as the crowd swelled to nearly 25,000.

Dr King, who addressed the protesters from a podium in the square, described the trek as “one of the greatest marches in the history of America”.

“Our aim is not to humiliate and defeat the white man, but to win his friendship and understanding,” he added.

Dr King tried to present a petition of black grievances to Governor George Wallace but he refused to meet the delegation.

The civil rights leader said he would ask trade unions to refuse to transport or use the state’s products and he urged the Federal Government and the Treasury to withdraw all assistance from the area.

Dr King also said that demonstrations would have to continue where essential conditions remained unmet.

When the march began last week, large bombs were planted at a black church, a funeral parlour and a leading black lawyer’s home.

They were later discovered and detonated by experts from the army base at Anniston, Alabama.

To prevent further attacks, US President Lyndon Johnson gave the marchers the protection of nearly 3,000 troops, plus FBI and local police assistance.

But three days ago Viola Liuzzo, a white civil rights advocate who had been ferrying demonstrators to their homes, was shot dead on a lonely stretch of road near the route of the march.

Meanwhile, leaders of the Ku-Klux-Klan movement have reportedly tried to contact President Johnson to dicuss his aversion to their organisation.

There was no immediate response from the US President, who recently launched a scathing attack on the group, describing it as “a band of hooded bigots, whose loyalty was not with the United States”.

The protests came just months after the signing of the Civil Rights Bill which created equal rights regardless of race, colour, religion or national origin.

The Voting Rights Act, which banned literacy tests and poll taxes which had previously been used to prevent black people from voting, was introduced in August 1965.

But many states acted quickly to circumvent the law and most of the decade was marked by race riots and assassinations.

They lasted six days and left 34 dead and a further 1,000 people injured.

Dr King was assassinated in April 1968 and this led to riots in 100 US cities.

Black people continued to remain at a disadvantage when looking for work, and programmes of “affirmative action” were introduced during the 1970s under President Nixon.