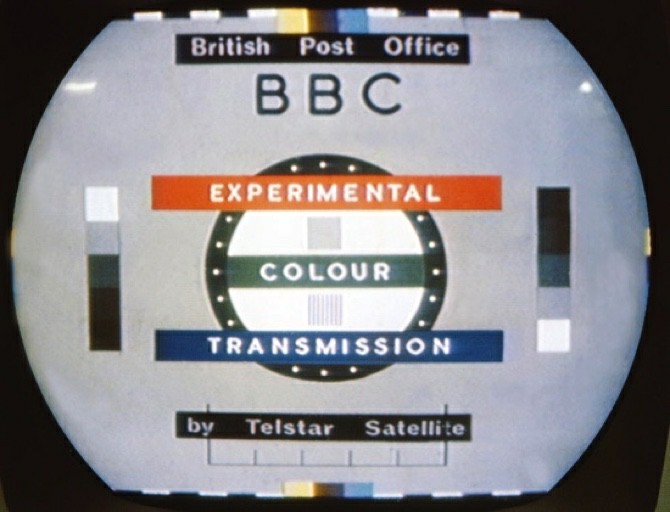 The BBC has announced plans to begin broadcasting television programmes in colour from next year.
Britain will be the first country in Europe to offer regular programming in colour.
The announcement was made in the Commons by the Postmaster General, Anthony Wedgwood Benn.
The new service is expected to cost the BBC between £1m and £2m per year, for an initial four hours of television per week on BBC2, rising to 10 hours a week after 12 months.
The colour programmes will still be available on ordinary television sets in black and white. A colour receiver will cost about £250 and there will be a supplementary licence fee.
David Attenborough, controller of BBC2, will be responsible for overseeing the new colour service.
He said the promised four hours of colour programming was based on what the BBC could produce from its own studios and did not include imported programmes.
He said the popular Western series, The Virginian, and the Danny Kaye Show were both available in colour, but currently shown in black and white.
Mr Attenborough denied the colour programmes would all be re-runs of old shows: “We have to remember that 95% of people initially will not be seeing these programmes in colour, they’ll be seeing them in black and white. The shows that BBC2 will be scheduling will be exciting new shows in black and white. They’ll be that much more exciting and newer in colour.”
The technique for delivering the colour service has not been finally agreed. European leaders are meeting in Oslo in Norway later this year to decide on a single system which will enable countries to be able to exchange programmes.

Europe adopted the Phase Alternation Line or PAL system for broadcasting in colour. It works at 50 frames per second, slower than the National Television System Committee adopted in the US, but with a higher resolution.
BBC2 broadcast its first colour pictures from Wimbledon in 1967. By mid 1968, nearly every BBC2 programme was in colour. Six months later, colour came to BBC1.
By 1969, BBC1 and ITV were regularly broadcasting in colour.
The number of households owning a colour TV licence shot up from 275,000 to 12 million by the early 70s.
David Attenborough began a career in broadcasting in 1952, one of his first series was the popular “Zoo Quest”. He was made Controller of BBC2 in 1965, then Director of Programmes with responsibility for both networks. He resigned in 1973 to return to programme making.