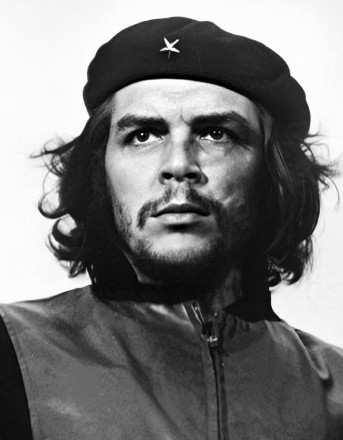 Marxist revolutionary Ernesto ‘Che’ Guevara has reportedly been killed during a battle between army troops and guerillas in the Bolivian jungle.
A statement issued by the commander of the Eighth Bolivian Army Division, Colonel Joaquin Zenteno Anaya, said the 39-year-old guerrilla leader was shot dead near the jungle village of Higueras, in the south-east of the country.
Guevara, former right-hand man to Cuban prime minister, Fidel Castro, disappeared from the political scene in April 1965 and his whereabouts have been much debated since.
His death has been reported several times during the past two-and-a-half years, in the Congo and in the Dominican Republic, but has never been proven.
In his statement, Colonel Anaya said Guevara was one of six guerrillas killed in today’s battle. It is understood five Bolivian soldiers were also killed in the clash.
Guevara’s body is due to be flown by helicopter to La Paz later today. It is understood that his hands have been amputated for identification purposes.
Argentine-born Che Guevara, an experienced guerrilla leader, was a member of Fidel Castro’s “26th of July Movement” which seized power in Cuba in 1959.
He rose quickly through the political ranks, becoming head of the National Bank and ultimately Minister of Industries, and many saw him as the intellectual force behind Castro’s government.
But amid rumours of differences with Castro, largely on guerrilla warfare policies, and a desire to further his revolutionary ideals in other parts of Latin America, he resigned in April 1965 and disappeared. Some say he was dismissed although there has never been evidence of this.
It is known he still maintained ties with the Organisation for Latin American Solidarity (OLAS), a group dedicated to “uniting, coordinating and stepping-up the struggle against United States imperialism on the part of all the exploited peoples of Latin America.”
His death comes less than two months after an OLAS conference in Havana which highlighted the need for further armed guerrilla action in South America.

A post mortem examination on Che Guevara’s body, carried out two days after his death, suggested he had not in fact been killed in battle but had been captured and executed a day later.
His body was buried in an unmarked grave near Valle Grande and his remains were not found until June 1997, when they were returned to Cuba.
Following his death, Guevara became a hero of Third World socialist revolutionary movements and remains a much-admired romantic figure to this day.
He was born Ernesto Rafael Guevara de la Serna in Rosario, Argentina on 14 June 1928.
As a teenager he was reading left-wing literature, by Marx and Lenin, and frequently took part in riots against the Peronistas in Argentina.
He qualified as a doctor in 1953 but left Argentina soon afterwards to travel around South America, during which time he became involved in many left-wing movements.
Bitterly anti-American, he joined forces with Castro in Mexico in 1956 and was one of 12 survivors of the failed Cuban take-over in the same year.
It was also during 1956 that he married his first wife, Peruvian Hilda Gadea, with whom he had one child, but the couple were divorced soon afterwards.
He escaped to the Sierra Maestra, Cuba’s vast mountain range, where he established a guerrilla force and from where the successful take-over in 1959 was co-ordinated.
After the Cuban revolution he married Cuban Aleida Marsh and the couple had four children.