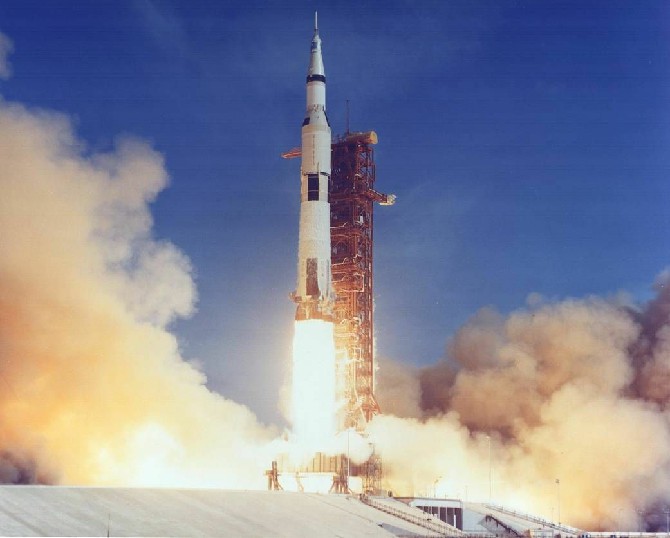 The Apollo 11 space rocket has taken off successfully from Cape Kennedy, Florida, at the start of the first attempt to land a man on the Moon.
An estimated one million people gathered from all over the state to see the giant Saturn 5 booster rocket blast off.
The launch was on schedule, at 1432 BST (1332 GMT).
Nine seconds before lift-off, the rocket’s five engines ignited, sending a sheet of flame over the launch pad and about 20 acres of the surrounding marshland.
Then with an immense roar, the booster rocket took off into the sky, taking Apollo 11 and the hopes of the world with it.
It is the first time human beings have attempted to land on another heavenly body.
Almost 12 minutes later, Apollo 11 went into orbit around the Earth.
On board are three astronauts, Neil Armstrong, Michael Collins, and Edwin “Buzz” Aldrin. All have already flown in space during the Gemini manned space missions, and have been intensively training as a team for many months.
They carry with them goodwill messages from the heads of the member states of the United Nations and their flags.
Two hours and 44 minutes after take-off, the engine of the third-stage booster was fired for five minutes and 47 seconds, and the speed increased to 24,545mph (39,500 km/h) to take the astronauts out of orbit and shoot them off to the Moon.
Neil Armstrong, the flight’s commander, reported: “We have no complaint with any of the three stages on that ride. It was beautiful.”
The launch was watched by US Vice-President Spiro Agnew, who said it marked a “new era of civilisation”.
“With the lift-off of Apollo 11, America enters a new age of discovery,” he said.
Apollo 11 is scheduled to touch down on the Moon on Sunday 20 July if all goes well.
Speaking at a news conference before the launch, Neil Armstrong said the landing on the Moon and the take-off from it were “the big unknowns”.
The lunar module, known as Eagle, is scheduled to land on the Moon at 2100 BST (2000 GMT).

On 21 July 1969, right on schedule, Neil Armstrong became the first man to set foot on the Moon, stepping onto the Moon’s surface in the Sea of Tranquillity at 0256 GMT.
He was joined by Buzz Aldrin 20 minutes later. The entire event was watched avidly by millions live on television across the world.
The Apollo 11 crew returned safely on 24 July and spent the next 21 days in quarantine at an American military base – a procedure dropped in subsequent missions since no alien organisms were found.
The Moon landing marked the pinnacle of the space race and American investment in the space programme declined accordingly.
The last three of the original 20 Apollo missions were cancelled, and the last lunar module, Apollo 17, landed in December 1972.
In January 2004 however, interest in missions to the Moon was rekindled when US President George Bush announced American astronauts would return to the Moon by 2020 as the launching point for journeys further into space. 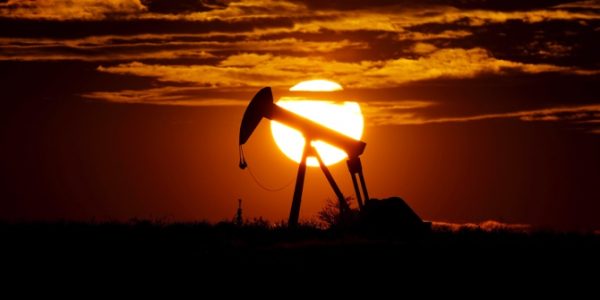