This day in history | 1973 US Senate stops Cambodia bombing 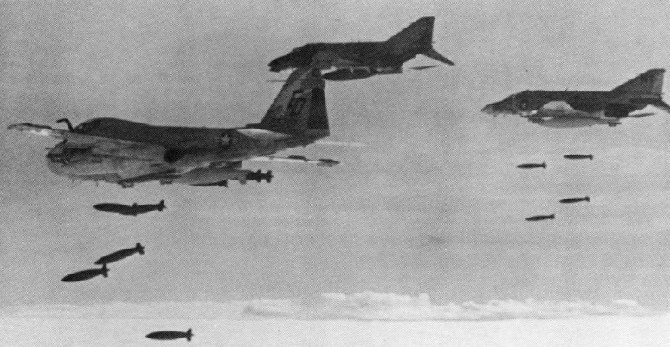 The US Senate has voted to cut off funds for the bombing of Cambodia.
The move is a serious blow to President Richard Nixon’s South-East Asia policy and follows a similar resolution voted in by the House of Representatives on 10 May.
The president’s special adviser, Dr Henry Kissinger, had pleaded with the senate not to rebel against the government while he was still trying to negotiate a lasting settlement in Indo-China.
He said if the communists in Vietnam realised there were divisions in Congress, he would find it impossible to hold them to the terms of the 28 January ceasefire.
But it seems his argument held little sway with Congress.
The amendment to an approprations bill was sponsored by Democrat Senator Thomas Eagleton and supported by many liberal Republicans.
Large sections of the American people are opposed to the bombing of Cambodia. Their views have been reflected today by senators who believe they can stop the war by holding back funds.
The Senate majority leader, Mike Mansfield, said: “The only way to face up to our responsibilities, the only way to do it effectively is to cut the purse strings.”
There is also pressure to end the civil war in Cambodia from China -currently home to Prince Norodom Sihanouk, former leader of Cambodia deposed in a military coup three years ago.
The Cambodian army are fighting a battle on several fronts – against Prince Sihanouk’s guerrilla groups, the Khmer Rouge under Pol Pot and the North Vietnamese communists, the Vietcong, who have been taking a battering from US fighter bombers.
The prince remains a personal as well as political enemy to Cambodia’s President Lon Nol who has recently told William Sullivan, Dr Kissinger’s assistant, that he was willing to start peace talks with the prince and his government in exile.

The carpet bombing that had started covertly in 1970 to stop America’s enemies from Vietnam using Cambodia as a base outraged the American public and crippled Cambodia as a nation.
Under pressure from Congress, the Nixon administration finally ended the bombing in August 1973.
The Cambodian army gradually lost more territory to the Khmer Rouge who began a reign of terror in 1975.
Prince Sihanouk became head of state for a brief period before he was forced into political exile by Pol Pot.
For the next four years Pol Pot oversaw the deaths of an estimated 1.7 million people, by execution, forced labour and starvation.
The Vietnamese forced out Pol Pot in 1979 and withdrew from Cambodia 10 years later. In 1993 the monarchy was restored with Sihanouk as king.