This day in history | 1974 Bombs devastate Dublin and Monaghan 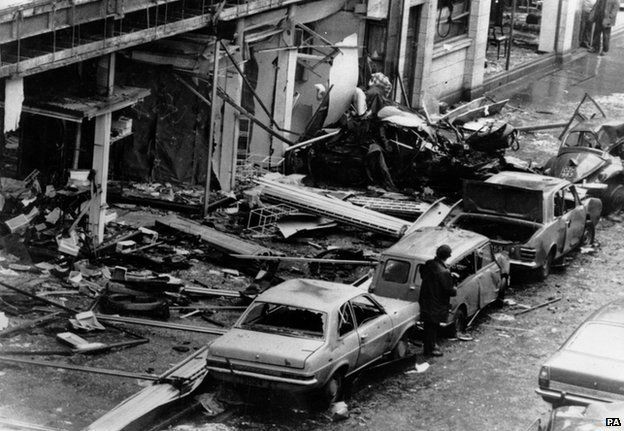 Three car bombs have exploded in Dublin, killing 23 people and injuring more than 100 others during rush hour.
Five more people died and another 20 were hurt in a blast which hit the border town of Monaghan an hour later.
Up to 15 of the dead are believed to be women and two are thought to be baby boys.
Irish Prime Minister Liam Cosgrave condemned the bombings and said on TV: “I do not know which evil men did this but everyone who has practised violence or preached violence or condoned violence must bear his share of responsiblility.
“It will bring home to us what the people of Northern Ireland have been suffering for five long years.”
The drama unfolded at around 1725 when two of the bombs tore through Talbot and Parnell Street before a third blast rocked South Leinster Street near Trinity College.
A fourth explosion struck a public house in Monaghan shortly after.
The city was immediately declared a disaster area.
A police spokesman said: “There were no warnings. These were acts of outright war. People had no chance.
“We are detaining everyone we think can help with inquiries. We believe the people behind this come from Northern Ireland.”
Talbot Street, which was even more crowded than usual because of a corporation bus strike, was the worst hit area.
Several bodies lay in the road for half an hour as ambulances struggled to get through traffic jams.
Witness John Casey, who was walking into a Talbot Street hotel when the bomb went off, said: “Hundreds of people were in the street. They were running and screaming aimlessly.
“A newspaper stand was blown into the air past me and the newsboy next to it just disappeared in front of my eyes.”
Immediately after the bombings the Ulster Defence Association in Belfast denied planting the bombs as did the Provisional IRA.
But police later discovered that all four cars had Ulster registration plates and two of them had been hijacked in Protestant areas in Belfast.

The final death toll in the Dublin and Monaghan bombings, which included a pregnant woman and a stillborn child, stood at 33.
The loyalist Ulster Volunteer Force eventually admitted carrying out the bombings in 1994.
But relatives of the dead and wounded still believed many questions were left unanswered and they formed the Justice For The Forgotten organisation in 1996.
The group has continued to press the Irish government for a public inquiry into the truth behind the bombings ever since.
Many believe the UVF were helped by British intelligence.
Eventually a private inquiry into the bombings was set up in 2003 by retired Judge Henry Barron.
But the British authorities were unwilling to co-operate and to provide the necessary files and information.
As a result his findings were inconclusive.
In July 2004 the Irish government agreed to set up a commission of inquiry into the bombings.
Nobody has ever been convicted of the atrocities.