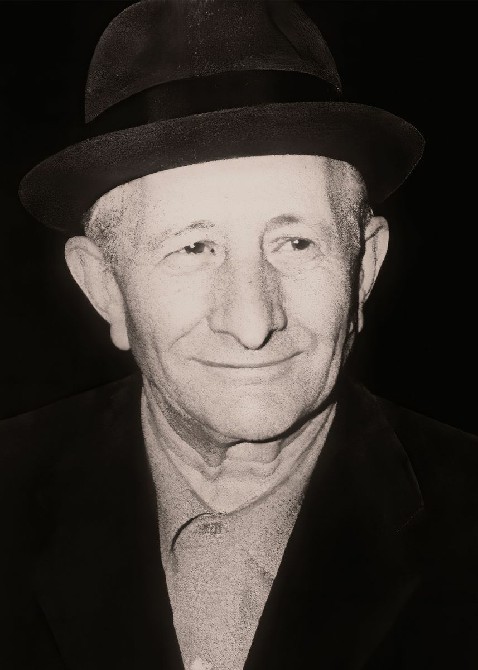 The funeral of Carlo Gambino, the ‘boss of the bosses’ in the Mafia, has taken place in New York.
Mr Gambino, considered the most powerful of the leaders of the American Mafia, died in his sleep at his home on Friday. It is thought he suffered a heart attack.
The funeral, which was ticket-only, was held at the Church of Our Lady of Grace in a quiet, residential area of Brooklyn.
Plain clothes police officers and FBI agents were among the crowds outside the church. No trouble was expected as Mafia families have a history of respecting funerals, but the FBI had gone to find out who might succeed Mr Gambino as head of the family.
Carlo Gambino, in a $7,000 (£4,400) bronze coffin, was buried next to his wife Catherine who died in 1971.
The death of Mr Gambino had long been expected following his recent spate of heart trouble.
Attempts had been made to arrest and deport him for his involvement in the attempted hijack of an armoured car in Sicily but he was considered too ill to make the journey back.
He was allowed to remain in the country and died at his home in Massapepequa, NY.
Born in Sicily in 1902, Mr Gambino moved to America in 1921 and began moving up within the Mafia. He became head of his Mafia family in 1957.
At the height of its power his family was considered to be the most influential in all America.
Speculation is now over who will become leader. Anielio Dellacroce, who once challenged Mr Gambino for the leadership of the family, and Carmino Galente, head of another New York family have been put forward.
Whoever takes over will control a 1,000 strong network of staff employed to run Mr Gambino’s multimillion dollar empire of gambling, narcotics and loan sharking.

Paul Castellano took over from Carlo Gambino as head of the family. A cousin of Mr Gambino he had previously set up construction bids, union affairs and political ties.
It is widely believed the character of Don Vito Corleone played by Marlon Brando in Mario Puzo’s ‘The Godfather’ is based on Carlo Gambino.
As well as being the head of the five New York families Carlo Gambino was also on the National Mafia Commission which governed the affairs of the 26 American families. He was considered to be very influential in this role.
The families were used to refer to the way different groups were split. The hierarchical systems each have a ‘boss’, an ‘underboss’, ‘lieutenants’ and ‘soldiers’ who together run the family businesses.