This day in history | 1976 Guilty verdict for ‘Maguire Seven’ 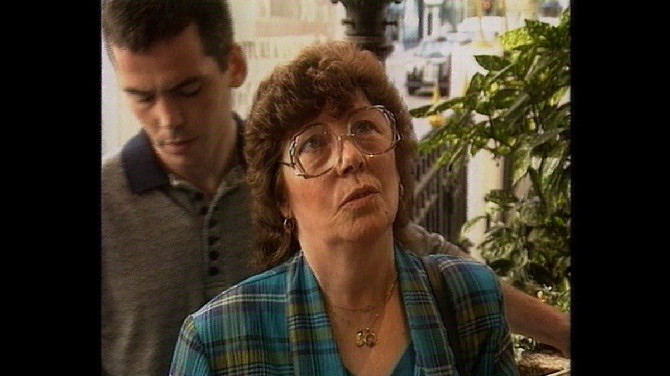 A 40-year-old Irish born mother has been jailed for 14 years for possessing explosives at her London home.
Five other members of her family and a close friend were also found guilty of the same offence and jailed.
Anne Maguire, from Willesden, North London, was convicted of possessing nitro-glycerine, which was then passed on for use by IRA terrorists to make bombs.
Throughout the six-week trial at the Old Bailey all seven have continually protested their innocence.
As Mrs Maguire was carried kicking and screaming from the dock she shouted: “I’m innocent you bastards. No, no, no.”
Her husband, Patrick Maguire, 42 was also sentenced to 14 years imprisonment. Her two younger sons, Vincent, 17, and Patrick, 14, were given five and four years respectively.
Mrs Maguire’s brother, William Smyth, 37, brother-in-law Patrick “Giuseppe” Conlon, 52, and family friend Patrick O’Neill, 35, were each sentenced to 12 years imprisonment.
Passing sentence, Judge Justice Donaldson said: “There can be no greater offence than this, for it strikes at the very root of the way of life for which generations have fought and, indeed, died to preserve.”
Chief Constable Peter Matthews, of Surrey police, who led the investigation, said: “We are delighted with the verdicts. These are the people we were after.
“We have cut off a major supply pipeline to the terrorist.
“We are only sorry we did not find the bombs.”
Police were first led to the Maguire family in Willesden when they followed Giuseppe Conlon to their home in December 1974.
Mr Conlon had arrived in London from Ireland for talks with solicitors who were defending his son Gerry, under arrest on suspicion of carrying out the Guildford pub bombings.
Anne Maguire, too, was implicated in the Guildford bombings and was also arrested in December 1974 and charged with the murder of 18-year-old WRAC recruit Caroline Slater, who died in the attacks.
The murder charge was dismissed by Guildford magistrates’ court the following February but the police had become suspicious of the Maguire family.
In a raid on their home in Willesden, evidence of nitro-glycerine was found. Swabs were taken from the hands of several male members of the family and evidence of the substance was detected.
Mrs Maguire has always denied the offence. During her trial she said: “There were never any explosives in my house. I would never have any explosives there. I am the mother of four children.”

All the members of the ‘Maguire Seven’ served their sentences and were released with the exception of Giuseppe Conlon who died in prison in 1980.
In 1991 the Court of Appeal quashed their convictions after it was ruled the original evidence against them was unsafe.
But Lord Justice Stuart-Smith, sitting with Lords Justice Mann and McCowan fell short of ruling the convictions had been a miscarriage of justice.
They laid no blame on the scientists who conducted the tests which led to the discovery of nitro-glycerine but did concede the suspects could have become unknowingly contaminated with the substance.
On 9 February 2005 Prime Minister Tony Blair issued a public apology to the Maguire Seven and the Guildford Four for the miscarriages of justice they had suffered.