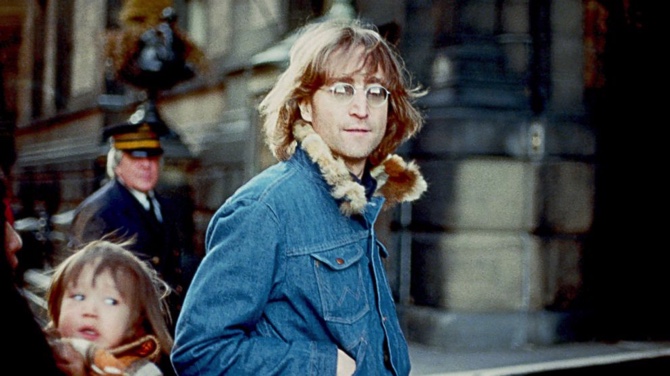 Former Beatle John Lennon has been shot dead by an unknown gunman who opened fire outside the musician’s New York apartment.

The 40-year-old was shot several times as he entered the Dakota, his luxury apartment building on Manhattan’s Upper West Side, opposite Central Park, at 2300 local time.

He was rushed in a police car to St Luke’s Roosevelt Hospital Center, where he died.

His wife, Yoko Ono, who is understood to have witnessed the attack, was with him.

A police spokesman said a suspect was in custody, but he had no other details of the shooting.

“This was no robbery,” the spokesman said, adding that Mr Lennon was probably shot by a “deranged” person.

Witness reports say at least three shots were fired and others have claimed they heard six.

There are also reports Mr Lennon staggered up six steps into the vestibule after he was shot, before collapsing.

Jack Douglas, Lennon’s producer, said he and the Lennons had been at a studio called the Record Plant in mid-town earlier in the evening and Lennon left at 2230.

Mr Lennon said he planned to have some dinner and then return home, Mr Douglas said.

The Lennons are said to have left their limousine on the street and walked up the driveway when the gunman opened fire.

It is unclear whether the man had been lying in wait in the entrance to the building for Mr Lennon, or whether he came up behind him.

Witnesses describe the gunman as a “pudgy kind of man”, 35 to 40 years old with brown hair.

Other former band members, Paul McCartney, guitarist George Harrison and drummer Ringo Starr are thought to have been informed of Lennon’s murder.

Fans have already begun arriving at the scene, many still unaware Lennon has died.

Mr Lennon is survived by his wife, their son Sean, and his son from a previous marriage, Julian.

John Lennon was shot four times in the back by Mark Chapman who had asked the former Beatle for his autograph only hours before he laid in wait and killed him.

Chapman pleaded guilty to gunning down Mr Lennon and is currently serving life in Attica prison near New York. In October 2004 he failed for the third time to secure his release.

He said he had heard voices in his head telling him to kill the world-famous musician.

Twenty years after his death millions of fans paid tribute to Mr Lennon in his home town of Liverpool and in New York.

His widow launched a campaign against gun violence in the United States to mark the anniversary.