This Day in History | 1982 Israeli ambassador shot in London 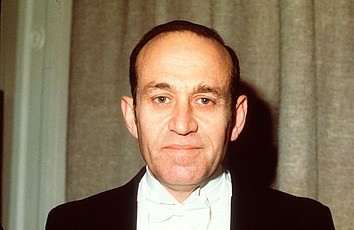 The Israeli ambassador to Britain is critically ill in hospital after being shot on a London street.
Shlomo Argov, 52, was leaving a diplomatic function at the Dorchester Hotel in Mayfair when a young man who had been seen loitering outside the building attacked him.
The gunman fired two shots with a machine pistol – one narrowly missing Mr Argov’s police protection officer and the other hitting the envoy in the head.
The assailant was shot by the bodyguard and also has serious head injuries. Two other men fled the scene in a car but were later stopped and arrested by police in Brixton.
Pergamon Press chairman Robert Maxwell was in the hotel when the shooting occurred.
“It happened so suddenly and so unexpectedly that we really only noticed the consequences after it was over – we came out, there were shots and a man fell,” he said.
Assistant Commissioner Gilbert Kelland – a senior police officer also at the party – said Mr Argov’s protection officer had then pursued the assailant into nearby South Street and shot him.
Both the injured men were taken to Westminster Hospital and a witness told BBC correspondent Peter Snow they were in a “very serious state”.
Mr Argov – a career diplomat who is married with two daughters – was later transferred to a specialist unit at the National Hospital for Nervous Diseases, Bloomsbury, for an emergency operation.

Shlomo Argov survived the attack but was permanently paralysed.
Two Jordanians and an Iraqi linked to Palestinian extremist Abu Nidal were convicted of the attempted murder of the envoy in March 1983.
Israeli Prime Minister Menachen Begin retaliated with “Operation Peace for Galilee”, a full-scale invasion of Lebanon.
The war lasted for 11 months and Israeli forces did not begin to withdraw from the country until June 1985.