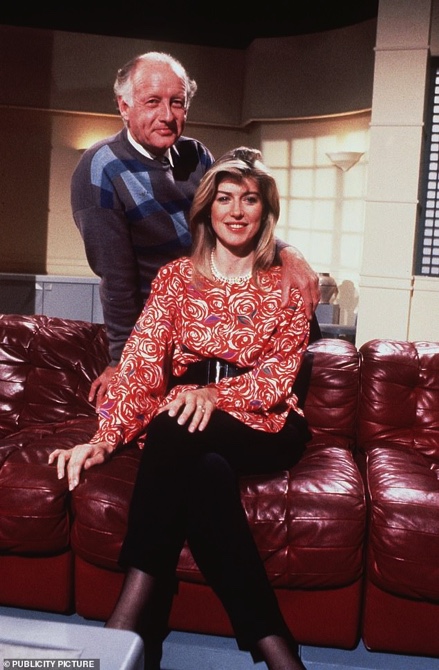 People have been switching on their televisions a little earlier than usual to catch Britain’s first breakfast news programme.

Nick Ross, who has presented a range of BBC radio news programmes, will also be hosting the show.

The two-and-a-half hour programme – presented live from the BBC’s refurbished Lime Grove studios – is costing a reported £6m a year.

It is the corporation’s biggest investment since BBC Two went on the air.

The battle for ratings will really hot up next month, when TV-am launches its new breakfast news programme.

The BBC’s Director General, Alasdair Milne, was full of praise for this morning’s show: “It was a terrific start. The first Tonight programme was not as good as this.”

Breakfast Time editor Ron Neil said the show was intended to be relaxed and informal – and he dismissed suggestions it would fail to draw a big audience.

One survey in this morning’s papers claims only four out of 10 people will watch the programme. Mr Neil said “That’s an awful lot of people. If four out of 10 are watching, I will be delighted.”

He added: “It isn’t costing the licence fee payer any more money, the licence fee hasn’t gone up. I think we will give people a very entertaining and informative two-and-a-half hours every morning.”

The programme is catering for a wide variety of tastes – with its own resident astrologer, Russell Grant, and a regular exercise slot led by “Green Goddess” Diana Moran.

Families around the country got up especially early to watch the first programme. The BBC says it received 1,500 calls from well-wishers phoning to offer their congratulations.

Newspaper critics at the time claimed there was no demand for breakfast TV.

Richard Ingrams writing in The Spectator said: “There is no earthly reason why anyone of intelligence should want to watch it.”

Personalities on both programmes came and went – but TV-am faced financial ruin when ratings plummeted to 200,000 in May.

Greg Dyke was brought in from London Weekend Television to save the programme. The original five presenters were sacked and he promoted a puppet, Roland Rat, to help read the news. His tactics paid off.

A year later, the BBC and TV-am were bringing in weekly audiences of 1.5m and 1.2m respectively.