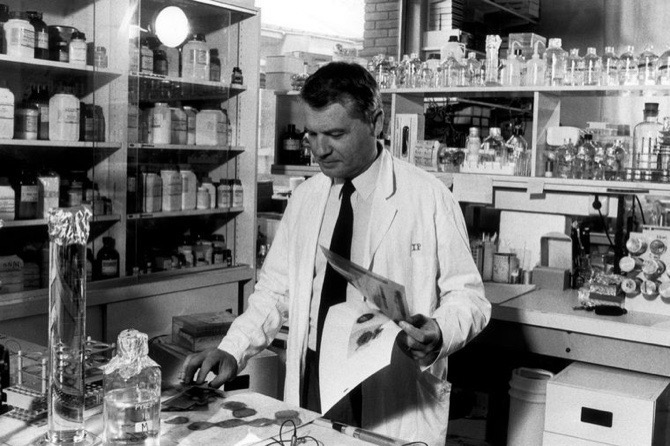 The discovery of a virus which may cause Aids, the fatal disease sweeping through America, has been hailed as a “monumental breakthrough” in medical research.

The development was announced in Washington by US Health Secretary Margaret Heckler.

She said the virus was a variant of a known human cancer virus called HTLV-3. A blood test has also been developed, which, she said, would be available within six months, preventing the tragedy of transfusion patients contracting the disease through tainted blood products.

She also suggested that a vaccine to prevent Aids might be ready for testing in two years’ time.

“Today’s discovery represents the triumph of science over a dreaded disease,” she said.

Aids, or Acquired Immune Deficiency Syndrome, weakens the immune system, leaving its victims open to a series of wasting diseases. Those people who appear to be more at risk of contracting Aids include homosexuals, haemophiliacs, drug users and those who have received blood transfusions.

It has been causing widespread panic in the United States, where 4,000 people have been infected since the discovery of the disease in 1981. Almost half have died.

The findings in the United States are similar to the discovery in France last week of a virus called LAV, although French researchers stopped short of saying it was definitely the one which causes Aids.

Reaction to the news among victims was philosophical. Bob Scheckey has lived with the disease for two years – far longer than his doctors predicted. He welcomed the news from Washington, but said a possible vaccine was too far off to offer comfort.

“I am working with people with Aids on a daily basis,” he said. “To hear that there is a possible vaccine that could come out in two or three years is no good news for these people. Most of the people we’re working with now will be dead by that time.”

The HTLV-3 virus was discovered to be the same as the LAV virus discovered in France. To avoid confusion, it was re-named HIV in 1987.

An estimated 24 million people, both homosexual and heterosexual, have died of Aids since the disease emerged in the United States. It has now reached pandemic proportions in some parts of southern Africa, where two million died in 2001 alone.

No successful vaccine has yet been developed, although billions of dollars have been spent trying.

Only eight potential vaccines are currently being tested on humans, and just one, developed by US firm VaxGen, has reached end-stage trials.

The trials were held in North America, Europe and Thailand and involved thousands of volunteers at high risk from Aids.

But preliminary results announced in November 2003 from the AIDSVAX trial in Thailand showed it does not work.

Nevertheless since the start of the HIV epidemic, a series of drugs have been developed which significantly prolong the lives of people who are HIV positive.