This Day in History | 1985 East Germans charged with espionage 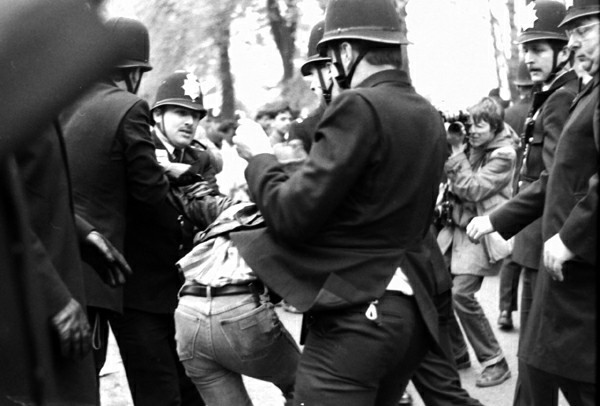 An East German couple have appeared before Horseferry Road magistrates court in London charged under the Official Secrets Act.
Reinhard and Sonja Schulze of Cranford in Middlesex are accused of possessing documents detrimental to the public interest.
They are also charged with making false statements for immigration purposes.
Reinhard Schulze, 32, is described as a kitchen designer while Sonia Schulze, 35, is said to be a technical translator.
The pair were arrested by Special Branch officers last Friday after weeks of surveillance.
Their home is still being searched for evidence and sack-loads of items have already been taken away for examination.
The Schulze’s arrest came on the same day that the former head of West Germany’s counter-intelligence service was unmasked as an East German spy.
Investigations are continuing into whether the Schulze case is linked with the current West German spy scandal.
The Schulzes were in court for only a short time before being driven back to prison.
There was no application for bail and they were remanded in custody for another week.

Among items discovered in a search of the Schulze’s home were secret radio messages hidden in an air freshener can, and an “escape kit” containing cash and false identity documents.
In 1986 Reinhard and Sonja Schulze were each sentenced to 10 years in prison but were released early and deported from Britain in 1991.
The trail of false identities was so complex that even at their trial police were unsure who they really were.
Reinhard Schulze had entered the UK in 1980 using the identity of a man who had emigrated to East Germany with his parents as a child.
Two years later he married “Ilona Hammer” who he had supposedly met after coming to Britain.
The couple then moved house and resurfaced as Reinhard and Sonja Schulze.