This day in history | 1985 Gas blast kills eight in Putney 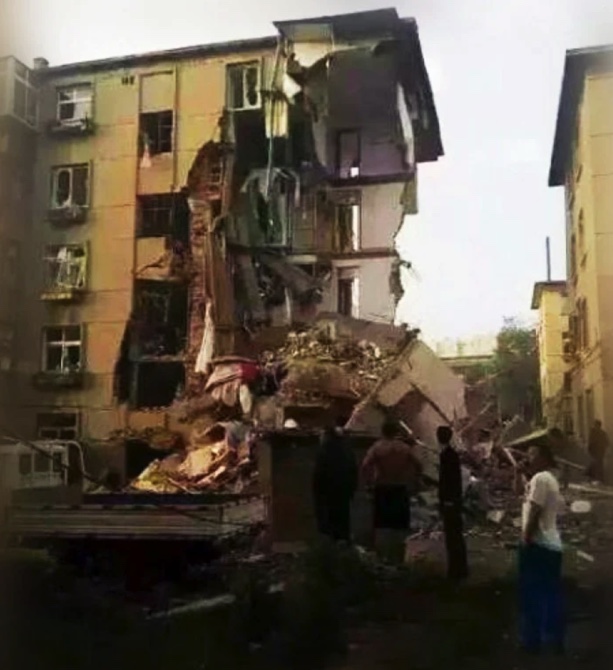 Eight people have been killed in an explosion in a prestigious block of flats in Putney, south-west London.

Dozens were also injured when the blast demolished Newnham House, a three-storey block of six flats on Manor Fields Estate in Putney Hill.

The blast has been compared to a 50lb bomb going off and has caused an estimated £250m worth of damage.

It is believed that the accident, which happened at 0715 GMT, was caused by a fractured cast iron main pipe below ground.

A number of residents smelt gas in their flats in the morning and contacted South East Gas Board.

The noise of the blast could be heard three miles away and occupants near the estate were thrown from their beds by its force.

Resident Michael Ashcroft who was in his second -floor flat with his wife and daughter told reporters that they had a lucky escape.

Paperboy Ian Connor was outside Newnham House and beginning his paper round when the explosion happened.

“I was thrown from my feet by an almighty bang with a big blue flash of light,” he said.

He went on to praise the speed and efficiency of the emergency services that were on the scene within minutes of the blast.

Rescue teams have continued to work in freezing and dangerous conditions with huge blocks of masonry above them.

They are using thermal imaging equipment that was last used in the Brighton bomb, to search for any signs of victims among the debris.

The rescuers are currently trying to save 32-year- old Eve Krejci who has been buried under the rubble with a broken back and legs for several hours.

Eve lived with her sister Karen, who was killed in the accident.

The injured have been sent to Queen Mary’s Hospital in Roehampton where an emergency plan, devised in the wake of the Brighton bombing has been in operation.

Extra staff have been drafted in and wards emptied to cope with the casualties.

The government has launched an inquiry into the cause of the tragedy.

Flats on the exclusive Manor Field estate were worth around £100,000 before the accident. Hours after the blast, police had to chase away looters who were trying to pick spoils from the ruins.

Police found a collection of plastic bags stuffed with £20 notes totalling thousands of pounds, among the debris.

In the immediate aftermath of the disaster, some residents claimed that it was linked to problems with a central heating system installed three years earlier. They complained that they had contacted the gas board on several occasions about possible gas leaks.

A government report concluded that the explosion was caused by gas leaking into the building from a crack in a cast-iron gas main.

An earlier government report had recommended that all cast iron pipes be replaced with PVC pipes. Before the blast, more than half of Britain’s mains pipes, including those at Newnham, were still in cast iron.