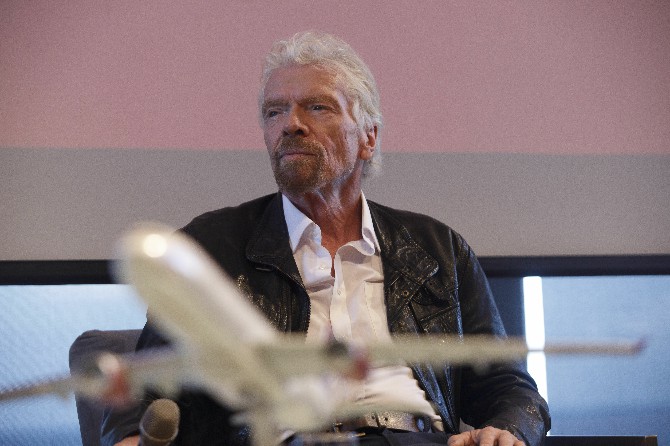 Entrepreneur Richard Branson has set off on his second attempt to claim the transatlantic crossing record for Britain.
Mr Branson and his team left New York at dawn on their 72 ft powerboat Virgin Challenger II for the 3,000 mile (4,828 km) voyage.
If they reach Bishop’s Rock, off the Isles of Scilly, by 2100 BST on 29 June they will recapture the Blue Riband for the UK – held by liner SS United States since 1952 for a crossing in three days and 10 hours.
The millionaire businessmen tried to break the record last year, but his boat sank just 138 miles (222 km) from the British coast.
Mr Branson told the BBC he was confident they would succeed this year.
“The boat’s ready, the crew are ready and the weather forecast is reasonable – hopefully we’ll be there for Sunday lunch,” he said.
A spokesman at the Virgin Challenger London headquarters said the team had almost reached Nova Scotia for the first of three refuelling stops at 2100 BST and was two hours ahead of schedule.
After taking on more fuel, the £1.5m boat will head across the ocean on the “great circle” route – the quickest course across the Atlantic.
BBC Tomorrow’s World presenter Peter Macann is on the Challenger and said conditions had been perfect for the first stage of the voyage.
“The only point of excitement was when I was driving and a whale surfaced about 50 m (164 ft) from the boat – I just managed to swerve to avoid it,” he said.

The Blue Riband was established by shipping magnates in 1838 as an informal competition.
Richard Branson broke the record, but the Hales’ trustees refused to award him the trophy because his boat did not have a commercial maritime purpose and he had stopped to refuel.
The SS United States’ record was not broken until 1990, when the 74m (243ft) catamaran Hoverspeed Great Britain completed the crossing with an average speed of 36.65 knots.
In 1987 Mr Branson abandoned the sea and took to the air. His Virgin Atlantic Flyer hot air balloon was the first to cross the Atlantic that year, and in 1991, he broke the Pacific record by crossing from Japan to Arctic Canada.