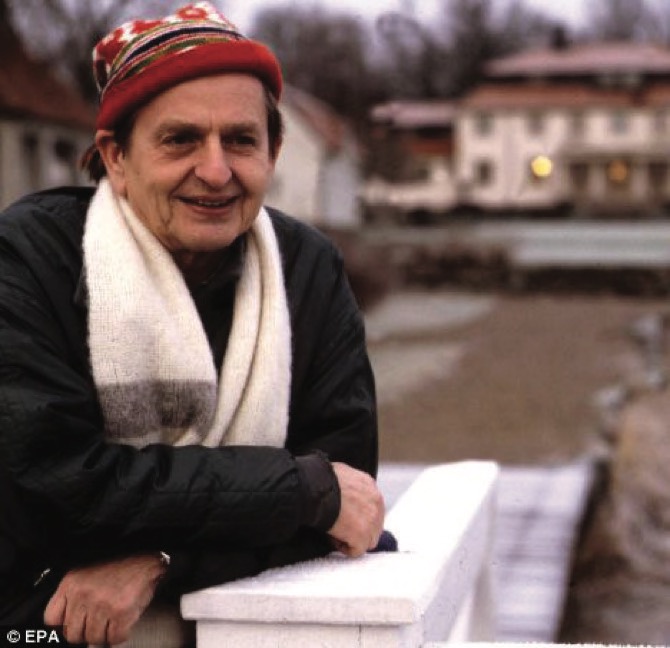 The Swedish prime minister has died after being shot in a street ambush in central Stockholm. His wife was wounded.

Olof and Lisbeth Palme were attacked as they were leaving a cinema at about 2330 local time. Mr Palme was shot twice in the stomach, his wife was shot in the back.

Police say a taxi-driver used his mobile radio to raise the alarm. Two young girls sitting in a car close to the scene of the shooting tried to help the Prime Minister.

He was rushed to hospital but was dead on arrival. Mrs Palme is being treated for her injury, but it is not thought to be life threatening.

Mr Palme, 59, and a social democrat, was serving his second term as leader. He believed in open government and shunned tight security.

He had two bodyguards to protect him on official functions but frequently walked unattended through the Swedish capital and went on holidays unescorted to his summer cottage on the island of Gotland.

His assassination will come as a shock to the Swedes. They have always taken great pride in the fact their prime minister could walk openly in the streets without the security which accompanies other heads of state.

Mr Palme will be remembered as a campaigner for the working classes and Third World causes. He was first elected as prime minister in 1969.

He became a leading advocate of peace and non violence and campaigned for an end to the war in Vietnam.

He saw himself carrying the banner of Social Democracy through Europe at a time when the Right was only temporarily in triumph.

He once said: “I know that the Thatchers and the Reagans will be out in a few years. We have to survive till then.”

At the time of his death, Mr Palme had been accused of being pro-Soviet and not safeguarding Sweden’s interests. Arrangements had been made for a trip to Moscow to discuss Soviet submarine incursions into Swedish waters.

A drug addict and social outcast, Christer Pettersson, 42, was sentenced to life imprisonment for the murder in July 1989.

In October 1989, Pettersson was cleared. Although several witnesses thought they could place him at the scene of the crime, no motive was ever found for the killing.

Pettersson died in September 2004. He was reported to have confessed to the killing before his death.

In November 2006 police recovered a Smith and Wesson revolver believed to have been used in the murder. It was found in a lake in central Sweden.