This day in history | 1990 Gorbachev explains crackdown in Azerbaijan 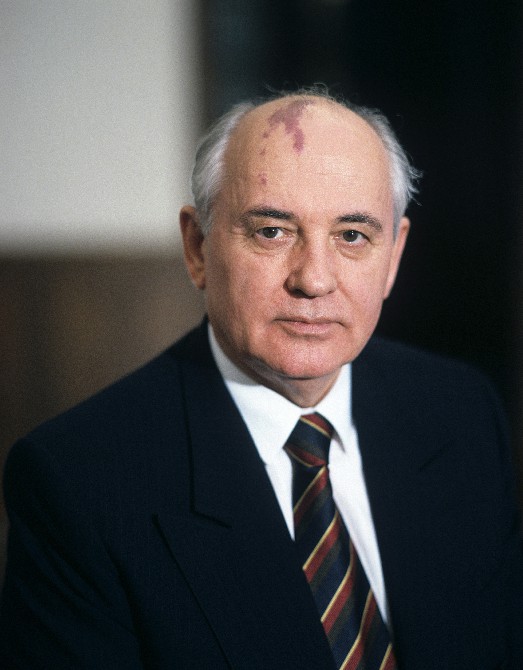 President Mikhail Gorbachev has made a statement on Soviet television explaining the Soviet crackdown on civil unrest in the republic of Azerbaijan.
Two days ago Soviet troops were ordered into the republic to try and end the undeclared conflict between Muslim Azeris and Christian Armenians, and put down a separatist insurrection by Azerbaijani nationalists.
Official reports say up to 60 people died when tanks rolled into the republic’s capital, Baku.
President Gorbachev, who is confronting his worst crisis since he became leader, said he had no choice but to order his troops in.
“To our deepest regret people have died,” the Soviet leader said in a live 12-minute address on TV.
“Militant nationalist careerists refused to listen to the voice of reason.
“Events took a particularly tragic turn in Baku. There were growing calls for seizure of power by force.”
He said that he hoped the decision to send in the army would “be understood and supported by all citizens of our country”.
President Gorbachev also extended his deepest condolences to the relatives of the victims who died in the takeover.
The move comes after tension erupted recently at a nationalist rally in Soviet Transcaucasia.
In the ensuing pogroms in Baku, Armenian homes were set on fire and looted while many Armenians were killed or injured.
In the disputed Azerbaijani region of Nagorno-Karabakh, roads were blocked and trains were halted.
Azerbaijan’s President Elmira Kafarova said in a statement broadcast on Baku radio that her people would “never forgive” those responsible for the deaths.
Communist Party politician Boris Yeltsin also condemned the use of armed forces.
“It is a mistake to dispatch troops and suppress ethnic problems by armed force,” he added.
He warned that East European socialism had become corrupted “because it was state socialism guarded by the military”.

President Gorbachev’s decision to deploy the army in Azerbaijan as a warning to separatist movements failed to have an impact in some Soviet republics.
In January 1991 troops acted against pro-independence protesters in Lithuania and Latvia, killing about two dozen people.
Following a failed coup by Communist hardliners in August 1991 the USSR recognised the independence of the Baltic states, and other republics soon began moves to breakaway.
Azerbaijan’s independence in 1991 lifted the lid on a simmering ethnic conflict with the mainly Armenian populated enclave of Nagorno-Karabakh, which declared itself an independent republic.
Full scale war broke out in 1992 between Azerbaijani, Armenian and ethnic Armenian forces – who now control Nagorno-Karabakh.
It is estimated that between 20,000 and 30,000 people lost their lives during five years of conflict, and that more than one million fled their homes.