This Day in History | 1992 Thatcher takes her place in Lords 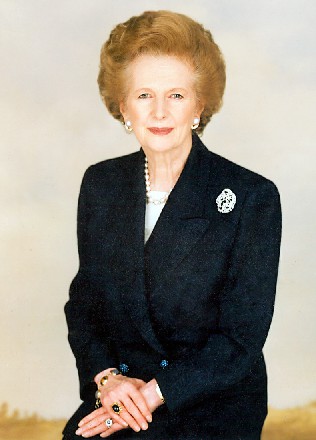 Former Prime Minister Margaret Thatcher has taken her place in the House of Lords as Baroness Thatcher of Kesteven.
She is expected to take part in her first debate in two days time, speaking out against the government on the Maastricht Treaty.
Although the quieter, more reflective House of Lords is not regarded as the natural battleground of the aggressive former prime minister, her allies hope she will use the Lords to keep her policies on the agenda.
During her acceptance ceremony she said: “I, Margaret Baroness Thatcher, so swear by almighty God that I will be faithful and bear true allegiance to Her Majesty Queen Elizabeth, her heirs and successors according to law, so help me God.”
She announced her decision to leave the Commons seven months after being ousted from Number 10 by her own party.
At the time the former prime minister indicated she wanted to remain in politics.
She said her decision to leave the Commons would give her more freedom to speak her mind, and made it clear she would fight any proposal for European integration that would threaten British sovereignty.
But she was careful to pledge her loyalty to Prime Minister John Major, whose government is now occupied with managing splits within the party over European policy.
Anticipating Baroness Thatcher’s expected intervention on Maastricht, Foreign Secretary Douglas Hurd today strongly defended the treaty, saying this was not the moment to turn “timid and sour” on Europe.
He said: “It is not sensible when you are beginning to win the arguments to back off into some massive and destructive isolation by seeking to destroy the Treaty of Maastricht.”

Margaret Thatcher was elected MP for Finchley in 1959 and succeeded Edward Heath as leader of the Conservative party in 1975.
She became Britain’s first woman prime minister in 1979, and by the time she was ousted by her own party in 1990 she was the longest serving prime minister of the 20th century.
Mrs Thatcher used her appointment to the House of Lords to continue to make her views heard, particularly on European issues.
Ill health forced her to abandon her regular public speaking engagements in 2002.