This Day in History | 1997 – Dawn of Scottish parliament 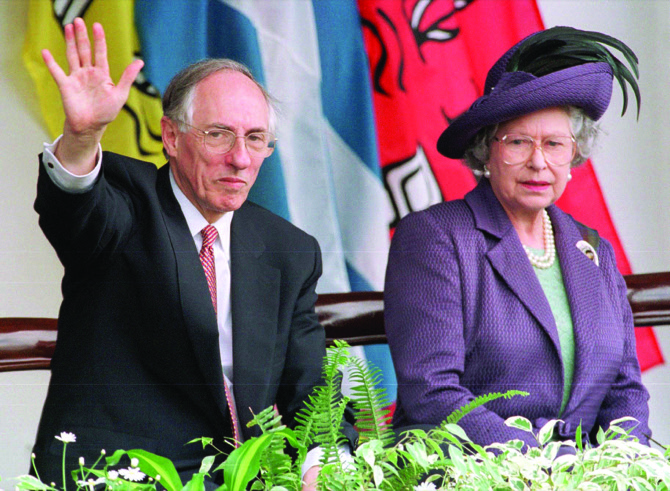 A bill giving Scotland its own parliament for the first time in three centuries has been unveiled in Glasgow today.

Scottish Secretary Donald Dewar revealed his blueprint for the future of Scottish politics and called on the House of Lords not to delay or disrupt its passage into law.

“In well under 300 days we have set in train the biggest change in 300 years of Scottish history,” he said.

The bill outlines the parliament described in the white paper, Scotland’s Parliament, published in July.

It outlines a 129-member Scots parliament to be set up by the year 2000 with powers to legislate on all mainstream issues of national importance, including health and education.

Following elections in 1999 the majority party will form an Executive to act as government of the country.

The parliament, to be based in Edinburgh, will have the power to vary income tax by 3p in the pound.

Mr Dewar added: “This bill will give Scotland the power to boost its self-confidence, economically, culturally and political.”

He said the Bill had clear backing from Scots, who overwhelmingly voted in favour of devolution in a referendum in September.

The Conservative party, which campaigned for a “no” vote at the referendum, now accepts a majority of Scots want devolution.

But Tory constitutional affairs spokesman, Michael Ancram, said: “That does not mean that we have to accept the Bill as it stands.

“There are areas of major concern such as the effect on the constitution of the UK as a whole.”

Inter-party talks are already under way on how the bill will be handled.

All UK citizens aged 20 or over will be eligible to stand for election to the Scottish Parliament but only those living in Scotland, or with a main residence in the country, can vote at the 1999 election.

The bill will get its second reading during the first two days of Parliament’s return in the New Year.

The Scotland Act 1998 was introduced in 1997 and elections to the Scottish Assemblies were held in May 1999.

Devolution Day on 1 July 1999 saw the Scottish parliament assume its full powers in the presence of the Queen – to cheers and applause.

But the parliament was plunged into mourning when Mr Dewar, a much loved politician described as the “father of the Scottish nation”, died in October 2000 aged 63.

He had suffered bleeding on the brain following a fall.

His death was marked by warm tributes from around the world and Scotland.