This day in history | 1997 Egyptian militants kill tourists at Luxor 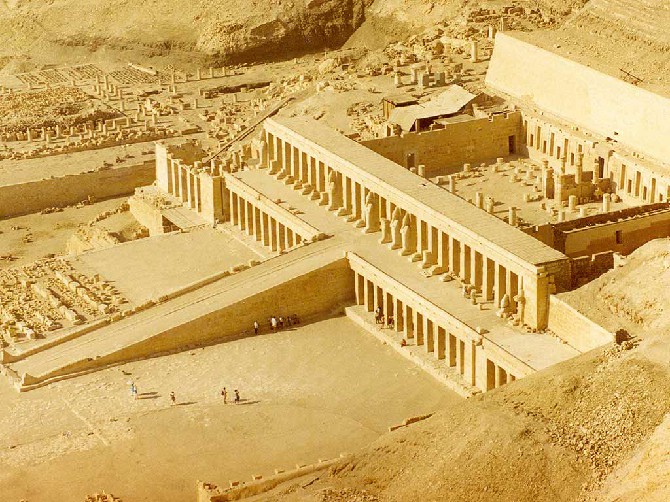 More than 60 people have been killed after an attack on a group of foreign tourists visiting a temple in southern Egypt.
The tourists’ bus was fired on as they visited the temple of Hatshepsut, one of the main attractions in the town of Luxor in southern Egypt.
An Egyptian police spokesman said most of the dead were Swiss and Japanese tourists.
The spokesman said the six gunmen were killed in an ensuing two-hour gun battle with police.
According to initial figures released by Egypt’s interior ministry, 57 tourists, a local guide and two policemen died in the attack.
Other reports say the number of people who have been killed could rise to 75 with up to 85 people injured.
An Islamic extremist group, the outlawed al-Gamaa al-Islamiya, is reported to have said it carried out the attack.
It came as 65 alleged members of the Islamic group went on trial in Cairo accused of conspiracy to murder.
Islamic militants have targeted tourists since beginning a campaign in 1992 to topple the government of Hosni Mubarak and set up a strict Islamic state.
Two months ago, nine Germans and an Egyptian driver were killed when gunmen opened fire on a bus in Cairo.
Two men have since been sentenced to death for the shootings.
Luxor, about 310 miles (500 km) south of Cairo, is visited by about two million tourists a year.
It has not previously been attacked by militants who have strongholds in other parts of southern Egypt.
In the past five years, attacks by militants have seen 34 foreign tourists killed and cost a total of more than a thousand lives.

The final number of people known to have died in the Luxor attack was 68.
It devastated the tourism industry and the Egyptian economy.
The Egyptian authorities said they believed it was carried out by members of the Egyptian Islamic extremist group al-Gamaa al-Islamiya and financed by Osama Bin Laden and his al-Qaeda network.
Several people were arrested for the attack but none stood trial.
Al-Gamaa al-Islamiya declared a cease-fire in 1999 after the government agreed a prisoner amnesty.