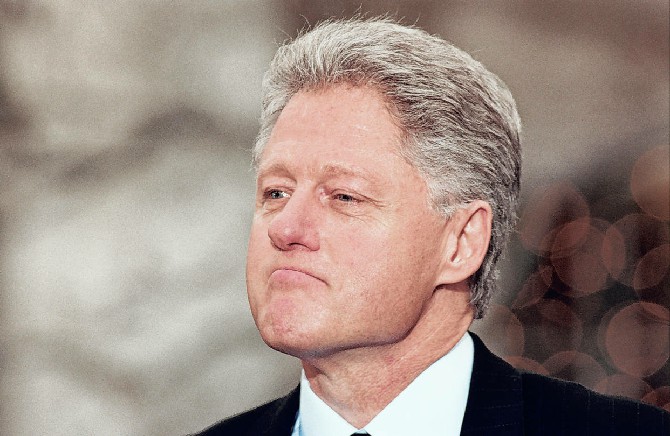 Bill Clinton’s testimony about his relationship with a young female assistant has been released to the United States public.
The video of the American president’s 17 August interview in front of the Grand Jury was taken to a television station at 0910 local time (1410 BST) and broadcast immediately by many US networks.
During the examination President Clinton was questioned by prosecutors about the exact nature of his affair with Monica Lewinsky – and whether he had previously lied under oath.
The president’s defence against the accusations relied on elaborate definitions of certain words.
The interview was originally taped on the insistence of the investigating team for the benefit of a jury member who could not attend the hearing.
But members of the House of Representatives justified the release of the tape by saying the public had the right to see all the evidence of the Starr Report.
“It’s not a pretty sight… But the key thing we’ve all got to focus on is what is the truth”, said Charles Canady – a republican on the House Judicial Committee.
A visibly uncomfortable President Clinton was forced to defend previous statements about his affair with Miss Lewinsky by quibbling over the precise definition of his words.
In particular he said “sexual relations” did not to him mean “sexual intercourse” – which he denied having with the former White House intern.
Challenged later in the hearing, he argued the meaning of the smallest of words contained in one of his lawyers’ statements.
“It depends upon what the meaning of the word ‘is’ is. If ‘is’ means ‘is and never has been’ that’s one thing – if it means ‘there is none’, that was a completely true statement,” he said.
After facing the Grand Jury, the president now awaits the verdict of the American people.

On 9 December 1998 the House Judiciary Committee proposed four articles of impeachment against the president.
Ten days later – after a bitter debate between republicans and democrats – the House of Representatives voted to confirm the recommendation.
Bill Clinton became only the second president in American history to face such an indictment, but he refused to resign.
His trial began on 7 January 1999 and ended on 12 February when senators voted to acquit him of the impeachment charges of perjury and obstruction of justice.