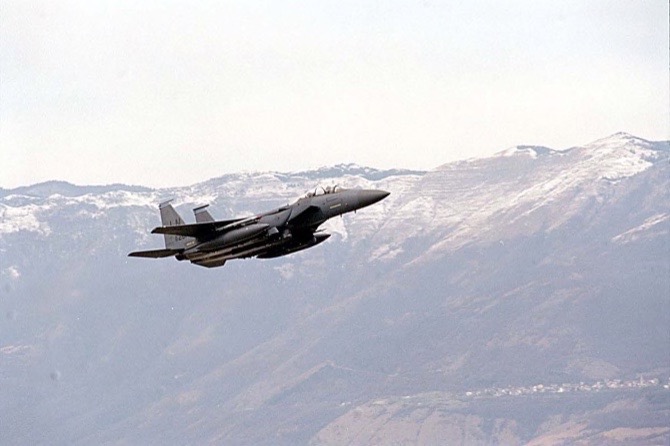 Nato has called off its 11-week air war against Kosovo following the beginning of the withdrawal of Serb troops.

The Serb leader Slobodan Milosevic finally agreed to the pull out last night after first winning a concession from Nato for extra time to complete the withdrawal.

Thousands of Nato troops are now preparing to enter the Yugoslav province.

Lieutenant General Sir Michael Jackson, Nato commander for Kosovo, has refused to confirm when the first soldiers will arrive – but troops have already been moved close to the Kosovo border.

Belgrade now has 11 days to move its 40,000 security forces out of Kosovo.

The air war began on 24 March after Mr Milosevic refused to sign an international peace plan for Kosovo which called for the withdrawal of Yugoslav security forces.

Violence against the minority ethnic Albanians had been growing,leading to a steady stream of refugees fleeing their homes.

Within days of the first air strikes reports of atrocities and forced evictions by Serb forces on Kosovo Albanians sent the number of refugees soaring.

It is estimated about one million Albanians have left Kosovo in the past 15 months.

US President Bill Clinton last night referred to the “brutal systematic effort” by the Belgrade regime to remove the ethnic Albanians.

He said: “In the past few months we have seen some of the worst inhumanity in our lifetime. But we have also seen the bravery of troops, the resolve of our democracy, the decency of our people and the courage and determination of the people of Kosovo.”

As news of the Serb withdrawal spread through the refugee camps, most Kosovars appeared eager to return home.

Aid agencies hope to spread their return over several months.

Under the terms of the ceasefire agreement the Yugoslav forces are to suspend hostilities immediately. A detailed plan has been drawn up for their withdrawal – which includes the removal of mines and unexploded bombs on their way.

The biggest task facing the Nato peacekeeping force is to begin rebuilding Kosovo.

The vast majority of refugees returned home within the first year – but fearing reprisals some 200,000 Kosovo Serbs left the province.

Violence continued between Albanians and Serbs. Estimates of the number killed varied greatly, but it certainly ran into the hundreds in the first year after the ceasefire.

Former President Slobodan Milosevic and four senior members of his government have been charged with war crimes. Mr Milosevic’s trial began in 2002 and ended when he died in 2006.

Several rounds of UN-mediated talks have been held, without any significant breakthrough. The UN wants to find a solution for Kosovo’s disputed status by the end of 2006.

The state union of Serbia and Montenegro is all that remains of the federation of six republics that made up former Yugoslavia – but in a referendum on 21 May 2006, Montenegro narrowly voted for independence from Serbia.