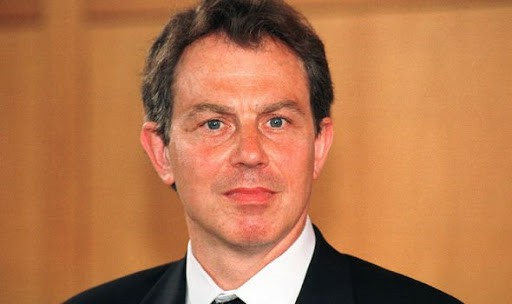 Protesters have hurled condoms full of purple flour at British Prime Minister Tony Blair as he addressed MPs in the House of Commons, prompting an urgent review of security.
The PM was speaking at the despatch box during his weekly question and answer session soon after midday when father-of-two Ron Davies threw two missiles from the front of the public gallery normally reserved for VIPs.
A second man, Guy Harrison, shouted and held up a poster, before police rushed in and arrested the men.
As one missile hit the PM’s back and another landed at his feet, Mr Blair turned around and looked bemused.
The Speaker, Michael Martin, ordered all MPs to leave the chamber while the powder was examined and found to be safe.
Campaign group Fathers 4 Justice said they had orchestrated the incident to demand equal rights for divorced fathers trying to gain access to their children.
The attack has led to calls for improved security at Westminster.
Only last month a £600,000 security screen was installed in front of the public gallery to prevent such an incident.
But the front three rows – normally reserved for ambassadors and guests of MPs and peers – are not protected.
In a later statement to the House of Lords, Labour peer Baroness Golding said the two protesters were guests of hers and she offered “unreserved apologies” to the Speaker, MPs and fellow peers.
It is believed the two men got tickets to the VIP section of the gallery at a charity auction.
Mr Blair’s spokesman said the prime minister wanted to know when he could return to finish question time – but the Speaker vetoed the move.
Commons business recommenced at 1330 BST.
Home Secretary David Blunkett said a security review had already been launched at Westminster after recent breaches at Buckingham Palace.
The security services will bring forward recommendations “very quickly indeed”, but it could mean there will be more restrictions on access to Parliament, he said.

Ron Davis and Guy Harrison were both convicted of disorderly behaviour and fined £500 and £600 respectively.
A cross-party group of MPs condemned the media coverage of the flour bomb attack saying it had “rewarded” Fathers 4 Justice for their actions.
Fathers 4 Justice continued to organise various stunts climbing onto well-known landmarks, such as York Minster, Buckingham Palace and St Paul’s cathedral, dressed as superheroes to highlight their cause.
Their membership increased by thousands and branches were opened in other parts of the world.
A security review of the House of Commons led by MI5 did not prevent further intrusions into Parliament.
In September 2004, five protesters broke into the Commons chamber to demonstrate against the ban on foxhunting.
In January 2006, Fathers 4 Justice disbanded following reports linking the group to a plan to kidnap Tony Blair’s five-year-old son Leo. It re-formed following a protest stunt on the BBC’s National Lottery Show in May 2006.