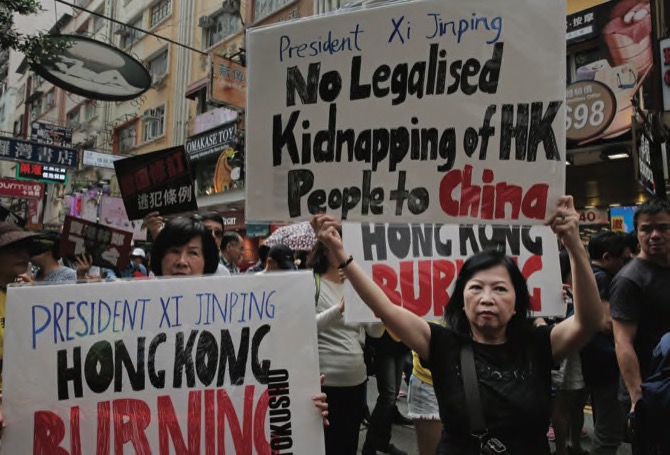 Thousands of protesters have marched through downtown Hong Kong in opposition to changes to an extradition law that many see as eroding the territory’s independent legal system.

Many of those taking part yesterday carried yellow umbrellas, recalling Hong Kong’s massive 2014 pro-democracy protests, the leaders of whom have been sentenced to up to 16 months in prison.

Hong Kong police said around 22,800 people took part in the protest at its peak period, while organizers claimed 130,000 participated.

Participants carried placards accusing Hong Kong leader Carrie Lam of “selling out” Hong Kong, and called on her to resign.

Revisions to the law would make it easier to send criminal suspects to mainland China, where they could face vague national security charges and unfair trials.

In response to the protest, the territory’s Acting Chief Executive Matthew Cheung expressed his respect for citizens’ right to protest, but noted that the number of participants was not the main point. He reiterated the necessity for a law amendment. MDT/AP