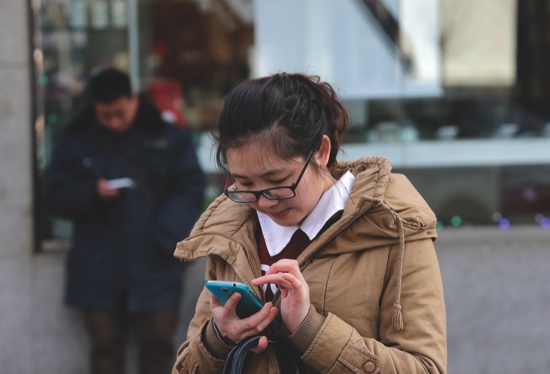 Chinese people check their smartphones on a street in Beijing