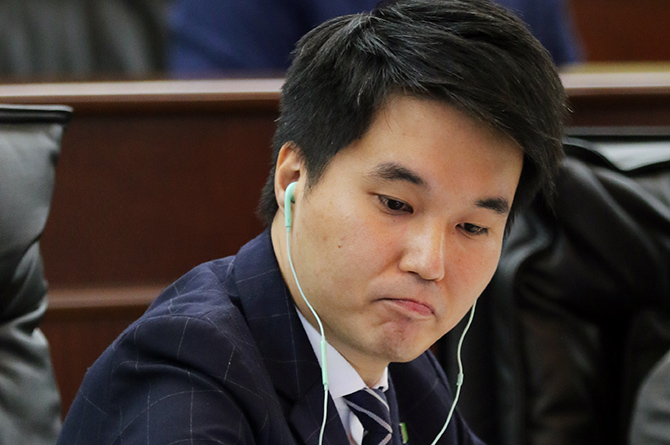 New Macau Association has released an eight- point statement laying out arguments for lawmaker Sulu Sou’s new minimum wage bill that will be submitted to the Legislative Assembly (AL) for consideration. The association says that Sou expects “quicker implementation” by directly submitting the bill to the AL.

The democrat association says that the government has stalled repeatedly on this matter and that it has failed to honor a 2015 pledge to implement a minimum wage prior to 2019. A consultation conducted one year ago also showed broad support among the public for the economic measure.

“It is already November of 2018, one year after the consultation,” notes the statement. “It is already too late to pass the legislation before 2019.”

“When the Government is stalling, it is the responsibility of deputies to introduce the bill themselves,” it continues, citing the right afforded to lawmakers to introduce legislation to the AL instead of relying on the government.

Sou’s bill will call for a minimum hourly rate of MOP38, a daily wage of MOP304, a weekly wage of MOP1,824 and a monthly wage of MOP7,904. The lawmaker says that the hourly rate is reflective of Macau’s socio-economic status and in line with, nearby jurisdictions such as Hong Kong (HKD37.5) and Taiwan (NTD150).

In the statement released yesterday, New Macau argues that Macau has a “constitutional obligation” to introduce a minimum wage. It says that minimum wages constitute a basic right and are required by the Basic Law, local laws and international treaties. “Yet, Macau [has] never legislated on this matter of human dignity.”

According to New Macau, there are about 20,000 people in the city with an “extreme low salary” of less than MOP30 per hour.

However, Sou’s bill will not address some of the most vulnerable among Macau’s working population – domestic workers and disabled workers – citing a lack of consensus on this matter. New Macau insists that there must be other special wage protection for these workers.