The Titanic and WWI inspire Brian Eno’s ‘The Ship’ 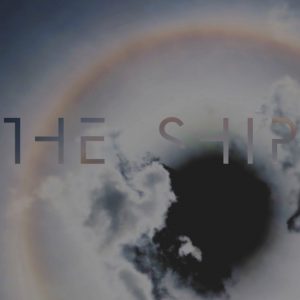 Brian Eno combines ambient textures with droning vocals and a sterling cover of a Lou Reed tune on “The Ship,” a powerfully challenging and gloomy recording that ends in bright revelation.
Eno draws from what he sees as similar historical events, the sinking of the Titanic and World War I, and his idea that “the hubris of our ever-growing power contrasts with the paranoia that we’re permanently and increasingly under threat.”
The album’s 21-minute title cut reflects the soundscape of the ocean’s depth before Eno, singing like a Byzantine choir of foghorns, delivers the eulogy. Later, ghostly voices depict the aftermath, how it is now just “wave, after wave, after wave, after wave.”
The second track, “Fickle Sun,” has three sections. The transition from “The Ship” is initially smooth, the tragedy on the sea also enveloping the battlefields. Eno’s register rises, his voice skimming the land where “all the boys are going down, falling over one by one” and humans are “turning back to clay.” Distortion and sound blasts evoke the combat and a horrified survivor repeatedly recounts “When I was a young soldier …”
At the close, a bright light shines through the ocean and across the front — a sumptuous, harmony-drenched version of The Velvet Underground’s “I’m Set Free.” It’s about release, but it has a catch — “I’m set free to find a new illusion.”
Eno keeps us in the dark for most of “The Ship” and it’s taxing. There’s hope, however, that the chains of hubris and paranoia can be broken. Pablo Gorondi, AP