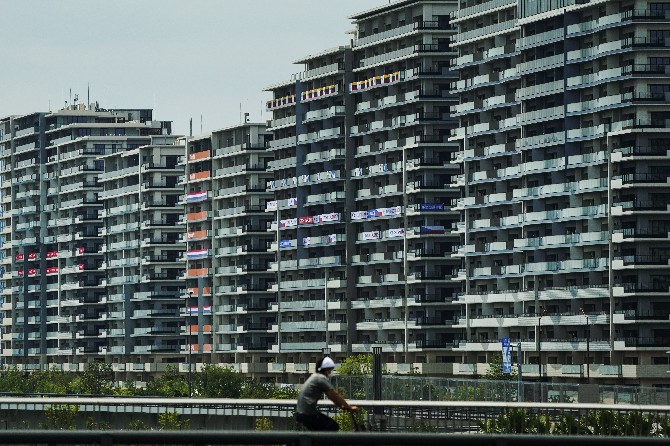 An American gymnast and a Czech beach volleyball player were added to the tally yesterday of people accredited for the Tokyo Olympics who have tested positive for COVID-19 this month.
Tokyo Olympics organizers said 71 people have now tested positive. The total includes 31 people among the tens of thousands of international visitors expected in Japan to compete or work at the Games, which open Friday.
Positive tests for United States gymnastics alternate Kara Eaker and Czech team member Ondřej Perušič were announced Monday. Eaker was at a training camp in Chiba prefecture and Perušič stayed at the Olympic Village in Tokyo Bay.
Both went into 14-day quarantine, organizers said. That period includes all three of Perušič’s scheduled games with playing partner David Schweiner.
A new case among 13 added to the official total yesterday includes a “games-concerned personnel” — a category including team officials and sports staffers — in Tokyo who is not staying at the village.
Other newly reported cases scattered across Japan include Games contractors and a volunteer. MDT/AP