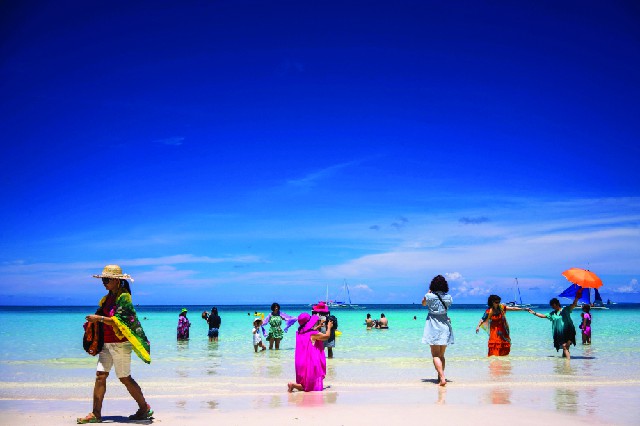 As Macau continues to search for better ways to accommodate a record-breaking number of visitor arrivals this year, the government in Thailand has decided to delay a proposed tourism tax on foreigners. A similar measure has already been raised in Macau as one way to curb the fast-growing number of visitors.
Thailand’s Tourism and Sports Ministry said last week that the proposed levy, designed to offset the costs of tourism-induced environmental damage, could result in psychological deterrence among foreign visitors and hurt the country’s tourism sector.
“We do not want to implement the levy this year, as it could worsen Thai tourism, especially when the baht is so strong,” said Chote Trachu, Thailand’s permanent tourism secretary, according to The Bangkok Post. The secretary previously hinted that the tax amount would be minimal and would not deter visitors from coming to the country.
Macau is studying whether to adopt its own tourism tax. Proponents of the tax argue it would increase per capita visitor spending in Macau, while simultaneously raising funds to help finance the costs of accommodating millions of annual visitors.
A public survey on whether a visitor levy was a viable option for the city yielded indecisive results, according to the Macau Government Tourism Office. The Office’s director, Helena de Senna Fernandes, previously said that in her opinion an arrival levy on tourists would be incompatible with Macau’s objective of becoming an international tourism center.
The idea has also proved unpopular among representatives of the hotel industry, who earlier this year told then-Chief Executive candidate Ho Iat Seng that the tax would be “a handicap for Macau’s tourism.”
The tourism sector in Thailand is considered the lifeblood of the economy. Thailand is expected to welcome about 40 million visitors this year, but analysts warn of a swelling that could take that figure as high as 65 million a decade from now.
Macau is also on track to break the symbolic 40-million level this year, previously earmarked by Macau’s Institute for Tourism Studies as the city’s “optimal tourism carrying capacity.” Last year’s influx of 35.8 million tourists represented an almost 10% rise from a year earlier.
The rapid rise in the number of visitors has become a source of concern for the Macau public, especially as gaming receipts and other tourism spending are growing at a much slower pace or not at all.
But although considering the same solution, the two territories are vastly different in terms of their infrastructure and ability to accommodate visitor growth.
Thailand’s total land area is more than 17,000 times larger than Macau’s 30 square kilometers. Were the Southeast Asian country to reflect the ‘visitor density’ of Macau, it would need to host over 680 billion visitors per year.
It is also struggling to cope with the environmental and infrastructure impact of its tourism sector. To accommodate the growth, airports across Thailand will spend almost 200 billion baht ($6.5 billion) over the next 15 years, almost doubling Thailand’s air transport capacity by 2030.
The Macau International Airport, also in the process of expanding, will be able to facilitate the travel of as many as 10 million annual passengers by the time its passenger terminal building extension is complete.
The Macau airport was just the fifth most popular point of entry into the SAR last year, after the Border Gate, Outer Harbor Ferry Terminal, Taipa Ferry Terminal and the Lotus Checkpoint. The Hong Kong-Zhuhai-Macau Bridge may overtake the Macau airport as the most fifth most popular point of entry by the end of this year.