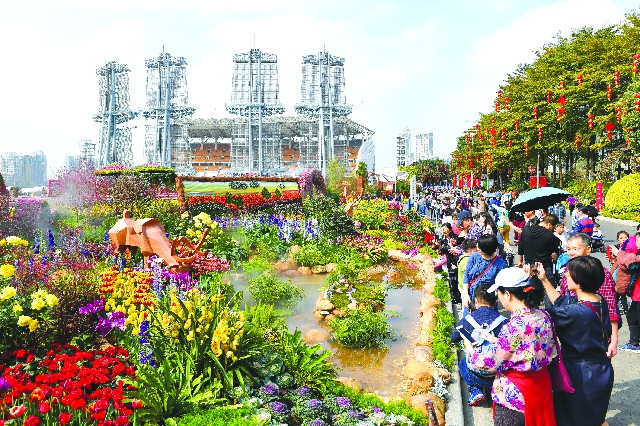 Some countries in Southeast Asia are benefitting from the increase in the number of visitor arrivals from mainland China, as tour groups continue taking their business out of Hong Kong and going elsewhere. Macau is also benefiting, recording a double-digit increase in year-to-date terms, but not as fast as countries such as Thailand, Singapore and the Philippines.
Hong Kong authorities noted last week that the city’s tourist arrivals have plunged the most since the 2003 SARS outbreak, recording an approximately 40% decrease compared to a year ago.
Singapore is one of the regions benefitting from a surge in mainland Chinese tourism. Data from the city-state’s tourism board shows that Singapore recorded the highest monthly number of visitors from the mainland in over a decade.
The tourism bureau said that it recorded a 46% increase in its mainland China travelers in July, amounting to nearly 390,000 – compared to its figures in June, in which it recorded 266,000 tourists.
Aside from Singapore, both Thailand and the Philippines also recorded an increase, with Chinese visitor arrivals increasing by 9.4% in Thailand in June and July, and a nearly 30% rise seen in the Philippines.
On a year-on-year basis, Thailand saw an 18% rise in August, while the Philippines recorded an increase of 43.2% last month.
According to industry experts, most of Southeast Asia appears to be benefiting from the diversion of tourists from Hong Kong, yet they also cited other reasons for the increase in the number of Chinese visitors traveling to other Southeast Asian countries.
Michael Chiam, a senior lecturer in tourism at Singapore’s Ngee Ann Polytechnic, said the “Chinese, to some extent, follow what their government says, and […] countries that are not friendly to them, they will not visit.”
According to the scholar, Hong Kong, Taiwan, Japan and South Korea have long-running disputes with Beijing and were “not that popular” with tourists from the mainland.
“From that angle, the ASEAN region is relatively safe for them. As far as sentiment is concerned, it is relatively positive,” Chiam added, referring to the 10-member Association of Southeast Asian Nations.
Although Hong Kong is just an hour away from Macau, analysts had noted that it would only have minor inflationary effect on Macau’s tourism arrivals.
Just this Mid-Autumn Festival, some 1.04 million visitors entered the SAR, of which 782,272 visitors came through the Border Gate.
According to data provided by the Public Security Police, the number of arrivals this festive season was 424,267 visitors higher than last year.
Political commentator Larry So previously told the Times that the demonstration in the neighboring region may have a positive impact on Macau’s tourism arrivals.
He shared that many mainland tourists join organized trips to both special administrative regions, but might now choose to avoid some parts in central Hong Kong. Accordingly, they might choose to stay a little longer in Macau this time.
As for other scholars, some believed that many countries had already been anticipating a surge in Chinese tourist arrivals, given Hong Kong’s current conditions.
Back in July, the Hong Kong Inbound Travel Association estimated that the number of organized tours to the city has dropped by 20% to 30% from the same period a year earlier.
Hong Kong businesses are also reporting that they expect sales volume to be significantly down on account of disruptions caused by the protests.
The neighboring region’s hotel industry has been struggling with a collapse in bookings. As reported, revenue from room sales is set to plunge as much as 50% this month, according to Yiu Si-wing, a Hong Kong lawmaker representing the tourism industry, who said visits from mainland China, which usually account for 80% of arrivals, are down as people fear for their safety.