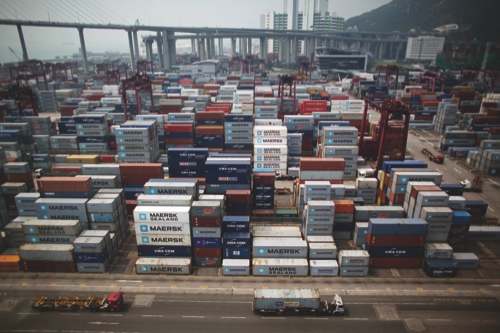 Trade between China and the Portuguese language countries amounted to USD64.680 billion in the period from January through June, up 6.83 percent year-on-
year, indicate official Chinese figures released yesterday in Macau.
The figure for the first half-year includes USD20.463 billion (+2.25 percent) of Chinese exports to the eight Portuguese language countries and imports worth US$44.216 billion (+9.10 percent), generating a negative trade balance of US$23.753 billion for China.
With Brazil, which accounted for 65 percent of total trade with the Portuguese language world in the first six months of the year, China recorded trade of US$42.413 billion (+6.05 percent), with Chinese exports of US$16.217 billion (-1.06 percent) and imports of US$26.196 billion (+10.98 percent).
Angola ranks second with bilateral trade worth US$19.046 billion (+6.23 percent); Chinese exports amounted to US$2.089 billion (+12.97 percent) and imports US$16.956 billion (+5.45 percent).
Portugal occupies third place, far behind the first two, with trade worth US$2.285 billion (+23.08 percent) comprising exports from China worth US$1.479 billion (+23.88 percent) and imports from Portugal worth US$805 million (+21.65 percent).
After Portugal comes Mozambique, whose bilateral trade with China amounted to US$849 million (+9.80 percent), comprising exports from China worth US$620 million (+16.46 percent) and imports from Mozambique worth US$229 million (+30.43 percent).
The remaining Portuguese language countries, Cape Verde, Guinea-Bissau, Timor-Leste and Sáo Tomé and Príncipe, recorded bilateral trade amounting to US$86 million with China in the first six months of the year, due to Chinese exports worth US$57 million and imports worth US$29 million. MDT/Macauhub