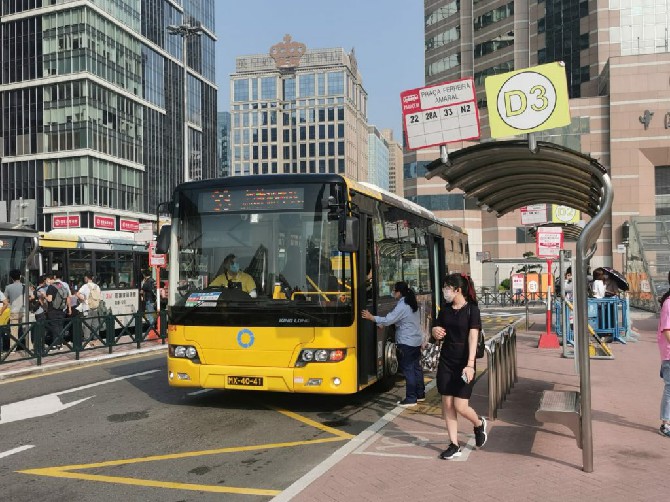 Bus company Transmac “severely condemns” the assault of its bus driver on October 4, which involved a senior citizen punching the driver when he was not permitted to disembark while the bus crossed a bridge.
According to a statement issued by the company, at about 4 p.m. on Sunday, while bus route 34 was passing across Friendship Bridge, a male passenger, about 70 years old, asked the driver to stop at the bridge to allow him to alight.
The captain explained that he could not stop along the bridge.
Feeling dissatisfied, the passenger walked to the middle door to urinate in a bag, the statement said.
After urinating, he allegedly threw the plastic bag full of urine into the driver’s cab.
After that, the passenger punched the bus driver’s face, and two male passengers tried to stop the assault.
The driver notified the operation control center to report to the police after the bus crossed the bridge. The injured bus driver was sent hospital for treatment and has returned to his home to recuperate.
The specific bus was immediately arranged to return to the factory and undergo deep disinfection and cleaning.
“The behavior of the passenger has posed a threat to the safety of the [driver] and all passengers in the bus. The company once again strongly condemns any form of violence,” Transmac said in a statement.
The company will pursue legal action against the passenger.