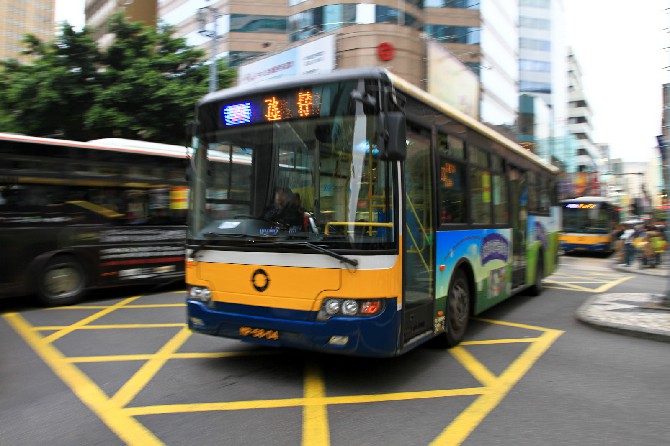 The Transportes Urbanos de Macau S.A.R.L (Transmac) has issued a statement noting the suspension of a driver involved in an incident widely spread on social media.
In the statement released on Saturday, the public bus operator noted “regarding the incident broadcasted over the internet in which a driver of a Transmac vehicle is seen pushing against a person – Transmac took the incident very seriously and ordered the immediate suspension of the driver after the incident.”
According to the detailed information provided in the same statement, the incident occurred on Friday, May 7 around 11 p.m. when a Transmac bus operating as a private staff shuttle from a hotel was forced to stop its ride because a person stood in front of the bus.
According to the information available, the person was one of the hotel staff members and he was attempting to board bus which had stopped at the traffic light. The man had missed boarding the bus at the pick-up point location nearby.
“Since the driver did not open the door to let the person get on board of the bus on the road, this staff member stood in front of the vehicle to stop the vehicle from moving,” Transmac said, noting that the driver did manage to stop the bus without hurting the person and that the police was called to the scene.
“The hotel staff involved was not injured and left the scene after the police handled the case,” the company added.
The suspension of the driver was justified with the company’s policy of zero tolerance for all unsafe driving situations.