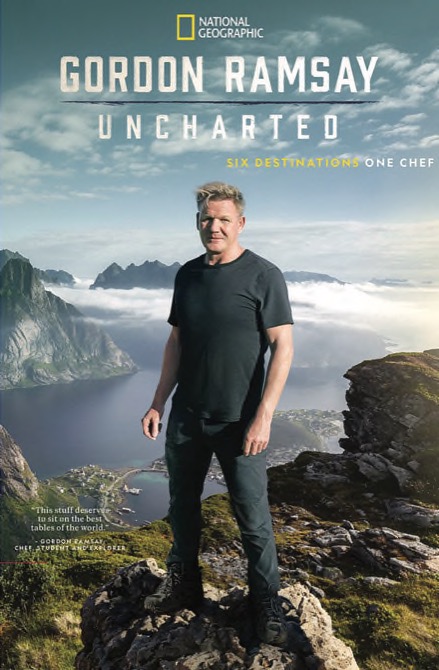 For his latest TV show, famed chef Gordon Ramsay has definitely left the comforting familiarity of his kitchens.

On “Uncharted,” Ramsay visits global destinations to explore flavors far from routine. He eats guinea pig in Peru, fishes for eel with his bare hands to make a Maori dish in New Zealand and forages for hearts of palm in Morocco.

“It’s a million miles away from my high-end, three-star Michelin kitchen,” he says of the show airing on the National Geographic Channel. “It’s straight to the source.”

After spending a week learning about the ingredients, Ramsay ends each hour-long show with a cooking competition, pitting himself against a local chef. Think of it like Anthony Bourdain crossed with Bear Grylls and then add some “Top Chef.”

Ramsay, who is also a host on Fox’s “MasterChef,” told AP/MDT about being a fish out of water for once and how kitchens are changing.

For the new show, you’re climbing trees, fishing for eels and rappelling down cliffs. Are you having fun?

Ramsay – I’m definitely having fun. It’s an extraordinary journey of discovery and peeling back those layers with cultures that in this ever-moving foodie world — of London, New York and Paris — (that) don’t tend to focus on what’s going on with Maori cuisine. So it’s traveling to great lengths to dig deep.

A more humble side of you comes through. You aren’t often out of your element, are you?

Ramsay – I find joy in being vulnerable, in a way. It’s about gaining knowledge and that’s never left me in two and a half decades. There’s a lot of chefs with one Michelin star, or two stars or even three stars that want everything perfect everywhere they go and I’m the opposite. I want to go there and get stripped of those highfalutin accolades and become a local.

What’s it like to get up close and personal with the ingredients? 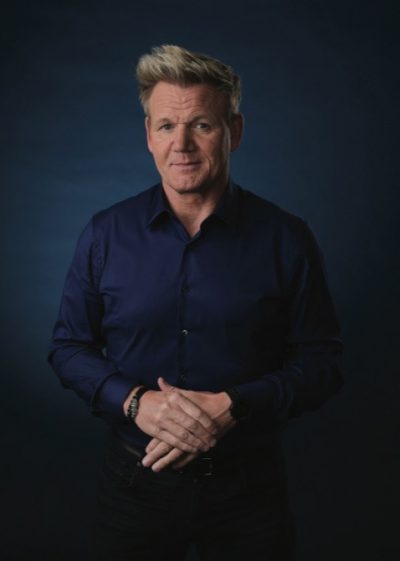 Ramsay – For the last two decades, I’ve spent thousands of hours in kitchens with produce arriving at my fingertips. So, to do the opposite and get straight to the source, it’s actually been, to be honest, more of a therapeutic journey because I’m doing the opposite of what I’ve been doing for 20 years.

You eat lovely things, like a mushroom pizza and mangos. But you also sample grubs and camel meat. Was that hard to do on camera?

Ramsay – I tend to forget the camera. I remember being 21 years of age and having a tiny studio flat in Paris. And underneath my flat was a horse’s butcher shop. And every weekend I used to save 30 or 40 francs to buy myself the most amazing fillet. It was all horse meat. It’s still pretty prevalent today in France, horse butcher shops. That’s no different to a camel in Morocco. It’s about what’s local.

Ramsay – Yeah. It’s like, ‘What are you talking about?’ I’m not stepping in anyone’s shoes. I’ve been doing travelogues since 2004, studying Vietnam, Cambodia and India, coming back to my chefs and saying, “Look, in Vietnam, there’s no dairy. They don’t cook with dairy. They buy produce twice a day. Get out there. Here’s a couple of thousand dollars: Go spend a month there, travel and come back.”

Do you recommend that every chef do what you’re doing and carve some time to explore?

Ramsay – I’d recommend to every chef in the world to put down their tools and disappear for a month on a sabbatical. The problem is that when you get good, automatically you stop training because you’re caught up in the rapture of success and you don’t get a chance to go back to that coal face.

Speaking of rough places, do you think the brutality of life in kitchens is lessening?

Ramsay – It’s definitely changing and changing for the better. The kitchen environment today, with a far more greater female presence, has made things so much more relaxed in terms of temperaments. And so that’s been a blessing. So, yes, it’s definitely getting easier. And rightly so.

As a chef, do you feel a responsibility to be environmentally conscious?

Ramsay – I don’t enter the world of politics, but what I do authorize is a very sustainable, seasonality approach to everything we cook. That is crucial. If we can stay within those boundaries, maintain a sort of 12- to 14-week seasonality aspect across menus, then we’re doing our job correctly. I’m a big fan of no waste and a clever utilization of the cheap cuts, off-cuts and unwanted vegetables is superimportant. That’s what makes or breaks businesses. It’s not about being flash and getting top marks in every food guide on the planet. It’s about your integrity as a chef on sustainability. Mark Kennedy, AP