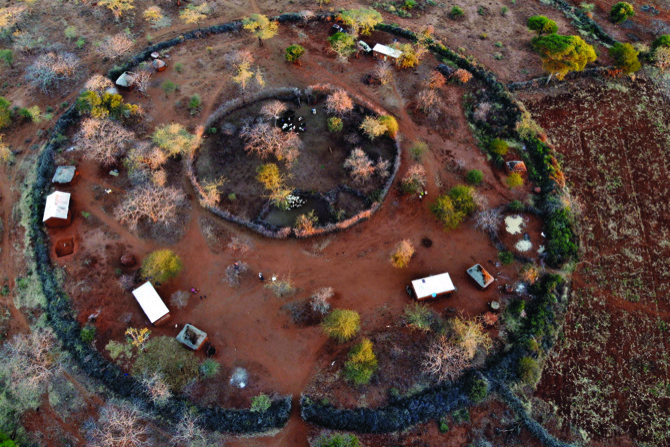 This Tuesday, July 2, 2019 photo, shows the village of Narakauwo, Tanzania. Over the past decade, more than a thousand households have built secure modern corrals _ made of living acacia trees and chain-link fence _ to protect their animals at night. (AP Photo/Jerome Delay)

Saitoti Petro, a tall, slender 29-year-old, is marching with four other young men who belong to a pastoralist people called the Maasai. Beneath the folds of his thick cloak, he carries a sharpened machete.

Only a few years ago, men of Petro’s age would most likely have been stalking lions to hunt them — often, to avenge cattle that the big cats had eaten.

But as Petro explains, the problem now is that there are too few lions, not too many. “It will be shameful if we kill them all,” he says. “It will be a big loss if our future children never see lions.”

And so he’s joined an effort to protect lions, by safeguarding domestic animals on which they might prey.

Petro is one of more than 50 lion monitors from communities on the Maasai steppe who walk daily patrol routes to help shepherds shield their cattle in pasture, with support and training from a small, Tanzanian nonprofit called African People & Wildlife. Over the past decade, this group has also helped more than a thousand extended households to build secure modern corrals made of living acacia trees and chain-link fence to protect their livestock at night.

This kind of intervention is, in a way, a grand experiment. The survival of lions — and many other threatened savannah species, from cheetahs to giraffes to elephants — likely depends on finding a way for people, livestock and wild beasts to continue to use these lands together, on the plains where the earliest humans walked upright through tall grass.

Across Africa, the number of lions has dropped by more than 40 percent in two decades, according to data released in 2015 by the International Union for Conservation of Nature, putting lions on the list of species scientists consider “vulnerable” to extinction. They have disappeared from 94 percent of the lands they used to roam in Africa, what researchers call their “historic range.”

The biggest reason for lion’s retreat is that their former grasslands are being converted into cropland and cities. Losing habitat is the top risk to wildlife in Africa and globally. But on open savannahs where lions still roam, poaching for body parts and revenge killings are the next most significant threats. 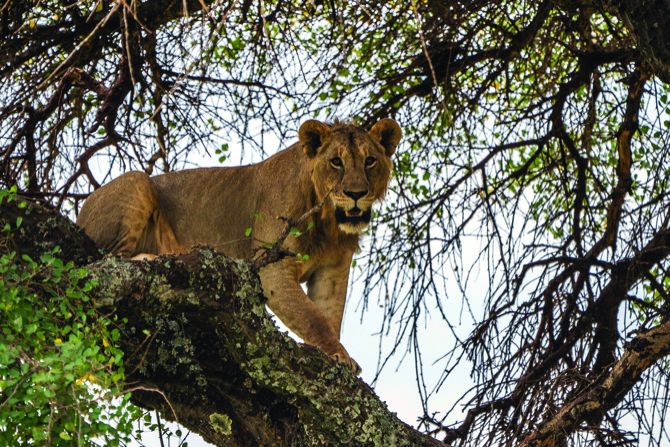 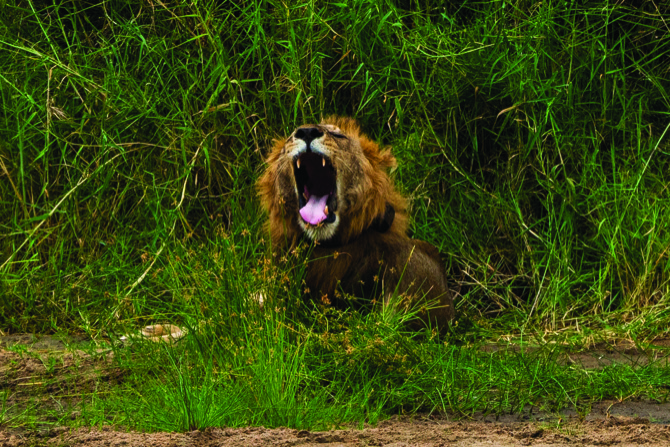 Lions are respected as worthy adversaries in Maasai culture. Anyone who harms more than nine is said to be cursed. But avenging the death of a prize cow wins respect, like dueling to avenge a lost family member.

But what if the triggering conflicts could be prevented? “Our elders killed and almost finished off the lions,” Petro says. “Unless we have new education, they will be extinct.”

In most corners of the planet, humans and big predators don’t easily co-exist. But on the elevated plains of northern Tanzania, pastoralists have long lived alongside wildlife: grazing their cows, goats and sheep on the same broad savannahs where zebras, buffalo and giraffe munch grass and leaves — and where lions, leopards and hyenas stalk these wild beasts.

It’s one of the few places left on Earth where coexistence may still be possible, but it’s a precarious balance. And what happens here in Tanzania will help determine the fate of the species; the country is home to a more than a third of the roughly 22,500 remaining African lions, according to data from researchers at the University of Oxford.

There’s some evidence that recent steps taken to mitigate conflict are working.

In 2005, the village of Loibor Siret (population 3,000) on the Maasai steppe saw about three predator attacks on livestock each month. In 2017, the number had declined to about one a month. The biggest change in that interval was that about 90 village households built reinforced corrals, which are much more effective than the older barriers of tangled thorn bushes at keeping predators away from livestock. 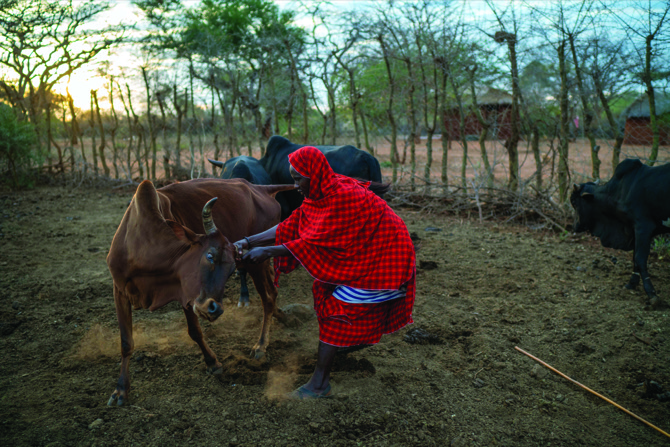 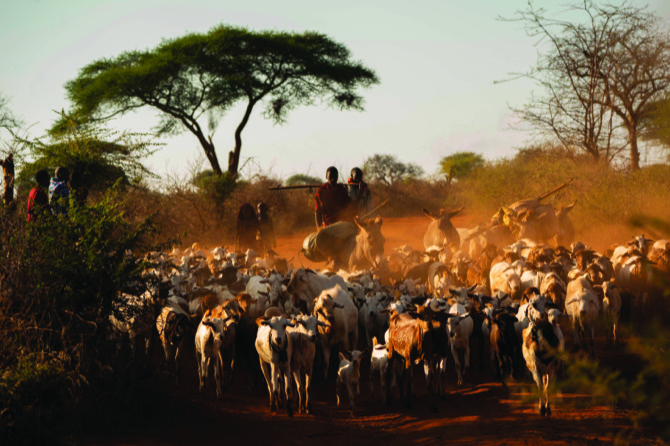 Although protecting animals in pasture is a trickier challenge, the lion monitors helped to defuse 14 situations in 2017 that might have led to lion hunts, according to records collected by African People & Wildlife.

Within a study area monitored by the nonprofit Tarangire Lion Project, the monthly count of lions hit a low of around 120 lions in fall 2011 — down from about 220 lions in 2004. But the population started to recover in 2012, reaching more than 160 lions by 2015.

Wildlife refuges are sometimes not a sufficient answer — at least for species that require large ranges.

Within the boundaries of Tanzania’s Tarangire National Park, lions sleep on open river banks and dangle from tree branches — they are, after all, cats — often ignoring the squadrons of open-top safari tour vehicles passing by. Here, they are mostly safe. But the protected area of the park is only a portion of the land that these lions and their prey depend upon. Large migratory animals range widely, and on the parched savannahs of eastern Africa, they mostly follow the rains. 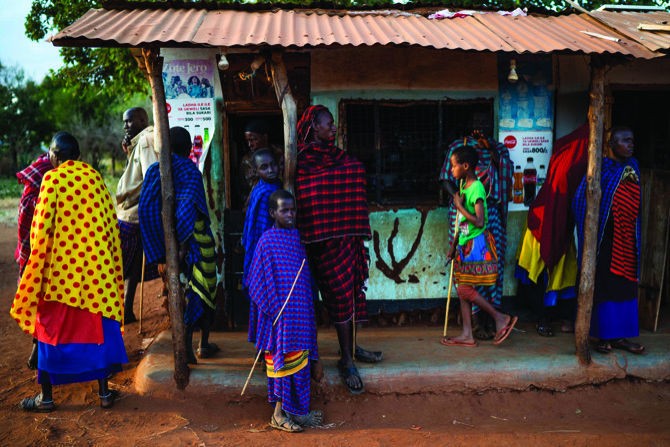 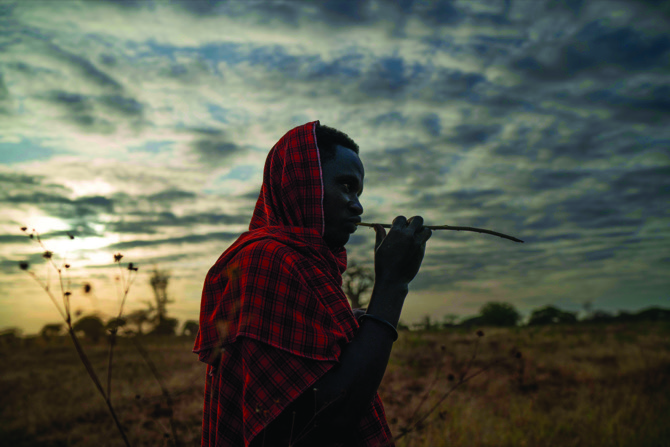 Some people in nearby villages say they aren’t happy about Petro’s efforts. But attitudes are evolving. Petro Lengima Lorkuta, Saitoti Petro’s 69-year-old father, killed his first lion when he was 25, hurling a spear after the cat attacked his largest bull. In those days, he says, “If you killed a lion it showed that you were a strong warrior.”

Since his extended family moved into a new ranch home and erected a reinforced corral four years ago, he says they have not lost any livestock to predators. “The modern fence is very helpful,” he says.

“Now I love to see lions,” just not too near his home — and he supports his son’s efforts to educate neighbors about avoiding predator conflicts. Christina Larson, AP Science Writer