Travelog | Will populist politics undo a renaissance at Italy’s Uffizi? 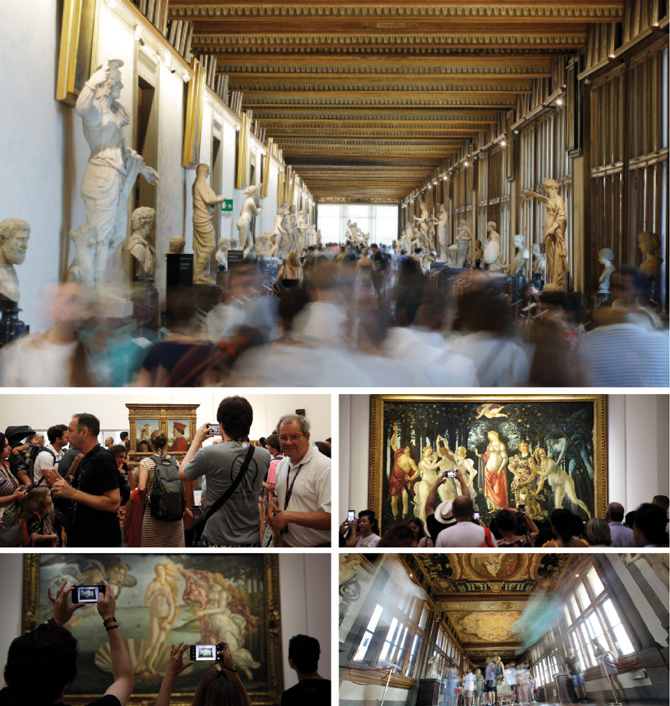 To protect the masterpieces at the Uffizi Galleries, the Florence museum’s director climbed a ladder and hurled an employee’s bicycle down at a sheet of glass specially made to keep prized pieces such as Botticelli’s “Spring” and “Birth of Venus” safe from vandals.

The nearly invisible barriers had an added bonus, the diligent director, Eike Schmidt, noted with delight after the material he had tested covered actual paintings: with guard ropes no longer needed, visitors could get closer to the art.

“Sometimes they touch the glass with their noses,” Schmidt, a German art historian who in 2015 became the first foreigner to lead the Uffizi, said as museum-goers strolled behind him. “We see that every morning, because every morning it’s being cleaned (and) we have several nose marks on the glass.”

Under the dynamic direction of Schmidt, the Uffizi has seen renewal, rave reviews and soaring revenues. Rooms were reworked to better show off important pieces by Renaissance artists Botticelli, Raphael, Michelangelo and Leonardo da Vinci. A video of Schmidt inviting Ed Sheeran, The Cure, Eddie Vedder and their fans to drop by during a rock music festival put a different light on the collection, part of a push to broaden its audience.

But is the Uffizi’s own renaissance — and similarly fruitful periods at other Italian museums — coming to an end?

The populist government that took office in Italy last year and rising nationalist sentiment are roiling the country’s state-run museums. Reforms enacted in 2014 by a liberal-leaning government granted many of the venerable but sometimes fusty institutions considerable autonomy. What’s been described as a cultural counter-reformation threatens to again centralize the approval of expenditures and to put decision-making authority back in the hands of the bureaucracy in Rome.

The 2014 revisions also allowed non-Italians and candidates from outside the heavily bureaucratic state system to apply for directorships at 20 leading museums, a change intended to give merit precedence over nationality and civil service status.

Schmidt wouldn’t have been in position to carry out his vision for the Uffizi without it. But he and at least two other foreign museum directors, out of the seven who were hired under the new eligibility criteria, plan to leave when their four-year contracts end in October. Others are in limbo.

Sitting on one of the benches he had installed so people could comfortably admire the Uffizi’s paintings, Schmidt noted that the trend in Italy during the last two decades gave “more power, in one way or another” to regional or local museums. Opening director jobs to people from outside Italy was a “watershed moment,” he said.

Now, there is “tension” between supporters of that strategy and those favoring a “counter-tendency, by strengthening the center, the administration in Rome,” Schmidt said in an interview with The Associated Press.

In June, Culture Minister Alberto Bonisoli, backed by the co-governing 5-Star Movement, won Cabinet approval for an administrative overhaul that restores more decision-making power to the ministry and strips some museums of their autonomy. The plan spared the Uffizi, but Florence’s Accademia Gallery, home to Michelangelo’s towering David that is an iconic symbol of Italy, is at risk of losing its autonomous status.

There is speculation the Accademia might be merged with the Uffizi, which gained oversight of the Pitti Palace and the Boboli Gardens in 2014. Might Schmidt change his mind and stay for another four years?

Schmidt sidestepped the question. Instead, he pointed to his 2017 announcement that he planned to take the helm of the prestigious Kunsthistoriches Museum in Vienna. The Austrian museum told AP last week that Schmidt will start there in November, a month after his contract at the Uffizi ends.

He wouldn’t say why, half-way through his contract, he accepted another job.

Coincidently or not, an Italian administrative tribunal ruled a few months before he announced his plans to head to Vienna in favor of an Italian official who challenged the hiring of foreigners to run museums. Eventually a higher tribunal ruled that citizens of European Union member nations were entitled to hold state museum posts even if they weren’t Italian.

While he wouldn’t elaborate on why he’s leaving, others in this vanguard of foreign directors cited a combination of the increasing nationalist sentiment in Italy, entrenched bureaucratic mentalities and Italians’ penchant for last-minute decisions for their own imminent departures.

Peter Assmann, the Austrian director of the Ducal Palace in Mantua, said he tried sounding out Culture Ministry officials earlier this year to see if they were pleased with his work. “There was simply no sign, so I took the decision to leave” for a job in Austria.

“Every one of us was able to bring in more visitors, more money,” Assmann said referring to the seven museum directors who are not Italian.

As director of the National Gallery of the Marches in Urbino, fellow Austrian Peter Aufreiter made the former Renaissance palace a concert and wedding venue. But “with this counter-reform, I no longer feel 100% useful anymore,” Aufreiter told an Italian news agency. He, too, is leaving for a museum in his homeland.

In design-savvy Milan, a revamped Brera Pinacoteca, or painting gallery, has wowed museum-goers.

“You’ll not see a single room that has not been changed,” British-Canadian director James Bradburne said.

Asked if he’d be there for another four years, Bradburne replied “I can’t answer ‘til I’m asked.” He said he hasn’t heard if the Culture Ministry wants him to stay on after his contract ends in October.

Culture minister Bonisoli defended the so-called “counter-reform” as a necessary “reorganization” to combat wasteful spending and, in an apparent swipe at the Louvre, “opportunistic behavior’” in international museum relations.

Last year, his No. 2 at the ministry, an official from the nationalist League party, seethed over efforts by the Paris museum to borrow as many Leonardo pieces as possible for an exhibit marking the 500th anniversary of the Renaissance genius’ death.

With his mandate running out, Schmidt reflected on some of his favorite innovations at the Uffizi, the most-visited museum in Italy. (The Vatican Museums draw almost three times as many visitors, but are part of independent Vatican City State.)

One was to space out — or “de-cluster” as he calls it — the Botticellis and other popular pieces to discourage maddening clumps of tourists from forming in front of paintings. “People were fighting to get close,” he said.

Schmidt also aimed to make priceless art resonate with young people. The playful video recorded for the Firenze Rocks festival featured the Uffizi’s director standing in front of a photo of Andy Warhol and saying with deadpan delivery, “Do you really know anyone who rocks more than our Caravaggio?”

“In the past, the visitors were often times seen as nuisances that would come into the museum and would really block the accessibility for scholars to see these works of art,” he said. “But art actually has a much broader function and a much deeper one.”

On New Year’s Day, Schmidt appealed for the return of a still-life by Dutch artist Jan van Huysum which was looted by Nazi soldiers fleeing Florence in 1944. Schmidt explained that he went public to “burn” the painting’s chances of being sold on the black market.

The painting came back to Pitti Palace in July, at a ceremony attended by Bonisoli.

Asked if an Italian museum director could have made such a daring pitch, Schmidt replied: “Nobody could say I did it out of extreme nationalism.” Because he’s German, he added, it didn’t come down to a case of “Germany versus Italy,” but “justice versus injustice.” Frances D’Emilio, AP