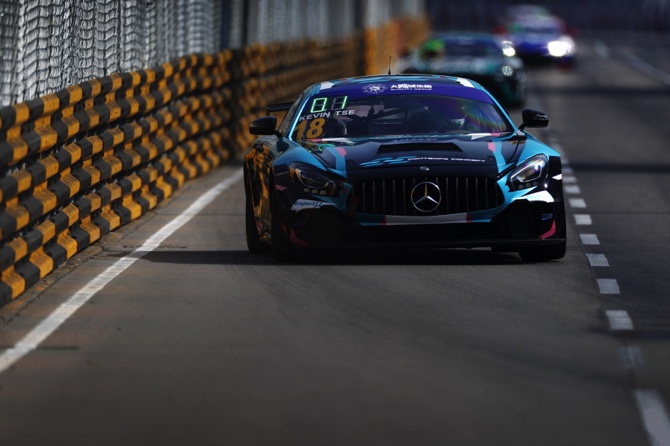 Tse took advantage of his leading position granted by the best time in the qualifying session and never let it go over the 12-lap race.

Although the Macau driver never lost his leading position, he was under constant pressure from his teammate, Hong Kong’s Philip Kadoorie, who drove a Mercedes-AMG from Team TRC.

Finishing third was one of the two Taiwanese drivers in this category, Chang Wei Chung in an Aston Martin Vantage, although Chang never manage to get too close from the Mercedes-AMG, finishing almost two seconds away from Tse.

Chang’s battle was, in fact, to secure his third position, as following closely and waiting for the chance to overtake him was Lei Kit Meng in the Ginetta G55.

Closing the top 5 of this race was another Macau racer, Chan Hei in a BMW M4 who also finished very close to Lei. This trio made for what was possibly the most interesting battle of a race that was overall an interesting and positive addition to the Grand Prix program, replacing the previous single-brand race that was significantly less interesting to follow.