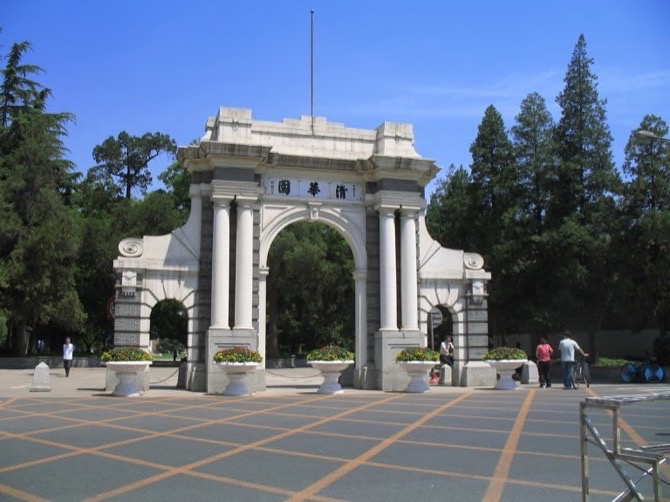 The Old Gate at Tsinghua University, in Beijing, a symbol of the education institution

The Greater Bay Area may succeed in connecting Hong Kong and Macau with Guangdong Province, but it will fail in its attempt to unite the two SARs with the mainland, said Wang Zhenming, Director of the Center for Hong Kong and Macau Studies at Tsinghua University.

Wang said that “unification is a violation of the Basic Law.”

The professor mentioned that in the past, the role of Hong Kong and Macau was of a “super connector” with foreign nationals, who hoped they could enter mainland China through Hong Kong. Many of these foreign nationals never regarded Hong Kong as their final destination.

The SARs affairs expert believes that Hong Kong should become the destination to live and work for people from all walks of life, as well as become a permanent home for foreigners.

In addition, Wang stated that the outline development plan of the Greater Bay pointed out that the governments of Macau, Hong Kong and the mainland needed to sign agreements on cooperation and then legislate with respect to said cooperation.

Wang further proposed that China’s highest legislative body should grant Guangdong province legislative powers, in order for the province to be equal to Hong Kong and Macau, as well as facilitate the implementation of the GBA outline development plan.

According to mainland law, Guangdong province does not have legislative powers over many matters written in the outline.

The mainland professor stressed that his statements do not represent the views of the government in Beijing, but are only his opinions as an academic. JZ