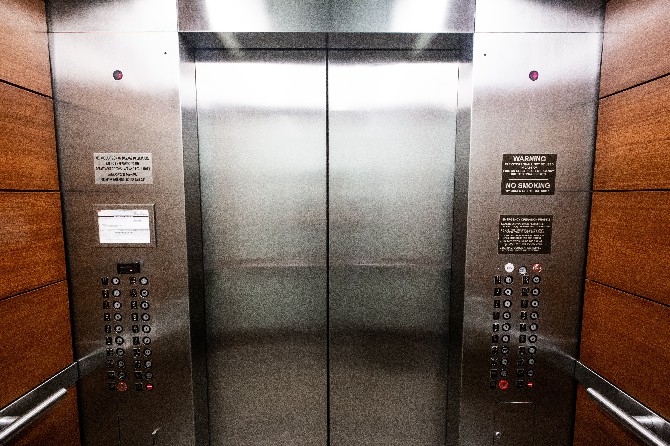 In the forthcoming Elevator Regulation Legislation, the government recommends instituting two separate entities to conduct elevator maintenance and inspection work independently, in order to ensure the safety of lifts in Macau.
The suggestion was raised by Lau Koc Kun, director of the Department of Urban Infrastructure at the Land, Public Works and Transport Bureau (DSSOPT) during TDM’s broadcast of Macau Forum yesterday.
However, the proposed measure may incur higher costs for each property owner, Lau said.
“The move is [designed] to achieve a safer mechanism. Coupled with random elevator surveillance efforts by the government, both measures can provide a strengthened shield to ensure lift security,” he said.
Currently, there is no law in Macau stipulating that lift maintenance and inspection must be carried out by two different organizations.
As of now, there are upwards of 9,000 lifts in Macau, 4,000 of which are in private buildings.
A full list of lift regulations proposed by the DSSOPT was presented in a consultation document. On May 8, the first public consultation over the new proposed regulation was conducted. Three further sessions will be held this month, and the final one will take place on June 3.
In the document, the DSSOPT also proposed that each entity must have at least one or two full-time licensed lift engineers.
Such a requirement may prove difficult for local lift companies. Audience members phoned in to express concern that lift companies may not have sufficient funds to hire full-time engineers.
Another caller claimed that having one or two engineers for each company may not be enough to meet the foreseeable increase in demand.
In response, Lau said that once the legislation comes into force, the increased demand for lift maintenance and inspection is expected to drive up the number of engineers.
He anticipates that the number of elevator inspection companies will also increase in the future.
To now, Macau has some 900 licensed engineers. There are around 40 elevator maintenance entities, but only one company responsible for lift inspections.
In recent years, the SAR government has promised to introduce legislation to better regulate the safety of the city’s growing number of elevators as the city has been developing rapidly, with more new skyscrapers and buildings set to be built.
In 2013, the SAR government laid down some guidelines, albeit voluntary ones, for property owners and maintenance companies to follow to safeguard lift safety. However, some argued its unregulated nature may leave many lifts in private buildings unchecked and at substantial risk.
The upcoming Elevator Regulation Legislation is designed to repair this deficiency.