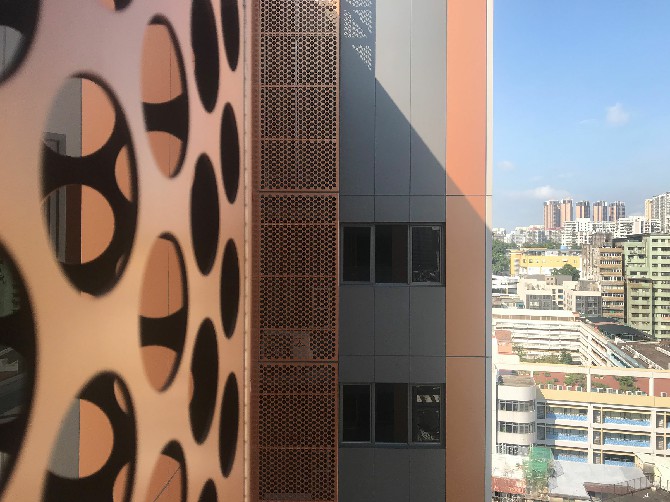 A Macau residential building and a public information counter won awards in the latest International Property Awards.
Both projects are from local firm AETEC-Mo Architecture and Engineering Ltd., led by architect Maria José de Freitas.
The Chon Kit Gardens residential building in the Peninsula and the Macao Government Tourism Office (MGTO) – Tourist Information Counter, located at the Hong Kong-Zhuhai-Macau Bridge Port, were completed in 2019. The projects won awards in the Asia Pacific Property Awards section in the categories of Residential High-Rise Architecture and Interior Design respectively.
De Freitas explained the concepts and ideas underlying the distinguished projects to the Times, while expressing her happiness about the awards.
“I was very happy with the fact that the value of local architecture was acknowledged [through the awards] that are related to two very different projects,” de Freitas said. The idea behind Chon Kit Gardens was to make this residential building an example of a building that connects with the area it is located in, namely the “Red Market” (Mercado Almirante Lacerda). The market also served as inspiration for the modern building.
“The Red Market is a great representation of modernist architecture, a building with a great presence and relevance in the urban fabric of the city. It played a somewhat inspirational role in the architectural design that we used in the Chon Kit building. This can be seen in the use of the ochre colored panels that we then mixed with other colors, like cream and greyish tones that are more related to the colors in the area,” the architect explained.
The building was also designed with environmental protection in mind. The architect described the use of double-glazed windows and natural ventilation through side-windows and thermal isolation. If these solutions were applied to a large number of buildings in Macau, they would reduce energy consumption by about 50%.
As de Freitas explained, the gardens on the fourth floor and the rooftop were also created with the environment in mind. The architect wanted to make this an example of a green building in Macau, noting that she had the help of a promoter who “gave us the green light for us to try – as much as possible – to have a green building.”
De Freitas also noted the need to update local governmental regulations so they incorporate new solutions that benefit both building users and the environment.
“We tried to go further but we also saw limitations from the local regulations. For instance, we wanted to use natural grass on the rooftop but that was not approved by the government because of fire safety concerns, as they did not understand that grass can be stood on and does not limit the access of people to fire-safe areas,” she noted. “We need to debunk these concepts, and I think these awards can help sand off the rough edges and promote sustainable architecture and quality architecture inside the city.”

‘Fluid lines’ as information waves
Explaining the MGTO information counter project at the HZMB Port in more detail, the architect highlighted several ideas that were already present in several similar projects for the MGTO located in the other border posts in Macau and at the Shun Tak Center in Hong Kong. “In the HZMB Port, we had a little more freedom to create, so we could intensify this idea of a ‘wave of information.’ The counter aims to receive tourists asking for information about the city and its events,” de Freitas said, adding that this interior design has been used in other projects for MGTO and aims to connect with Macau’s traditions, image, and multiculturism.
“Our wish is that these awards can serve as an example to the city, showing that it is worth investing in quality architecture and promoting quality at all levels. These are values that are very well widespread in contemporary cities all over the world, and in Macau we do talk about it but we have little practice,” she said. She noted that most promoters prefer to build cheaply with poor quality materials, leading to early aging and low quality living spaces. 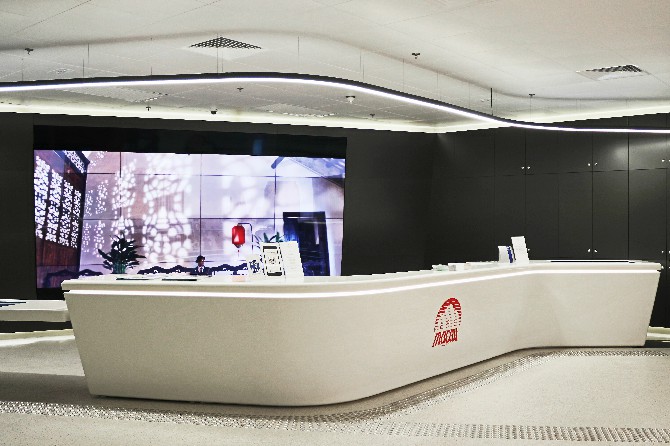