Two mainlanders may be among future Mars residents 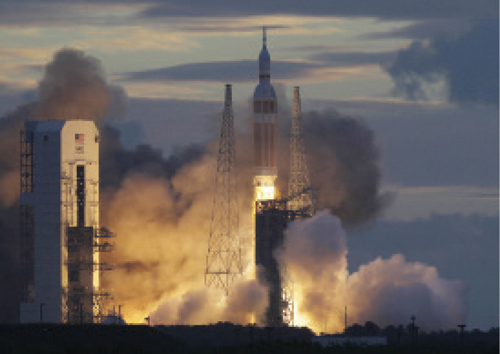 Despite an estimate that colonists could not survive for more than 68 days on the Red Planet, the Mars One Mission received more than 200,000 applications worldwide, and two Chinese have made it on to the shortlist.
If Li Dapeng, 33, is selected as one of the final 24 candidates he will embark on a one-way settlement mission to Mars by 2025.
The agronomist said that despite his passion for the mission, his family do not share his enthusiasm, according to China Central Television.
“This is something important I can do for mankind’s future,” he said, adding that he hoped there would be opportunity to explore other planets.
“[What] if I die on the Red Planet?” Li wrote on his microblog, asking other applicants for their opinions on the one-way trip.
A graduate of the China Agricultural University’s college of biological sciences, Li now works for the Handan City Forestry Bureau in north China’s Hebei Province. He admits to having already spent “thousands of yuan” on books on Mars and astronautics, and has worked hard to improve his English.
Li said, should he be successful, the first thing he would do on Mars would be to “let my family know I’m all right”.
However, Li has yet to gain the approval of his family and he said that if they refused to support him, he might withdraw.
The 100-people shortlist, 50 male and 50 female, includes two from China – Li and Lin Xiaoxia, a 31-year-old astronomy lover – as well as  Chinese American Sue Ann Pien, 35, and British born Chinese Maggie Lieu, 24, who holds a astrophysics doctorate.
According to the project, female candidates will be expected to give birth on Mars, paving the way for an established human colony.
“My family are worried about me, but my mum encouraged me to do it,” Maggie Lieu told people.com.cn, a website run by the People’s Daily, the Communist Party’s mouthpiece.
“My mum asked: ‘Can I drive your car [when you go to Mars]?’” Lieu said, adding that she hoped the mission could inspire more youngsters to develop an interest in space.
The Mars One Mission is a Dutch venture and the brainchild of entrepreneur Bas Lansdorp, who aims to raise more than USD6 billion U.S dollars to fund it.
The reduced shortlist of candidates is expected to be announced in the middle of the year.
The candidate selection requirements include: “An understanding of the risks involved, team spirit and their motivation to be part of this life-changing expedition,” said the organizers.
The venture is expected to be made into a reality TV show, which will be broadcast across the world.
The Mars One team has drawn up plans with Lockheed Martin to have a satellite in orbit around the planet by 2018, but other issues surrounding landing and colonizing on Mars are ongoing.
Since the mission was first announced in 2013, doubts have been raised over it just being a front to raise money through the application fees and advertising contracts. But its Dutch organizer said the boom in private spaceflight and the rapid development of space technology made the project possible.
Lieu does not think it was a stunt. “[When] Neil Armstrong […] came back from the moon with rock samples, they were of great scientific value. This project is the same.”
Pang Zhihao, a researcher at the China Academy of Space Technology, however, reserved optimism: “Mankind has not even stepped foot on Mars, let alone established a settlement there. [And this mission will apparently] achieved by a private company with only a few dozen staff?”
The United States has plans to send humans to Mars in around 2035. Xinhua