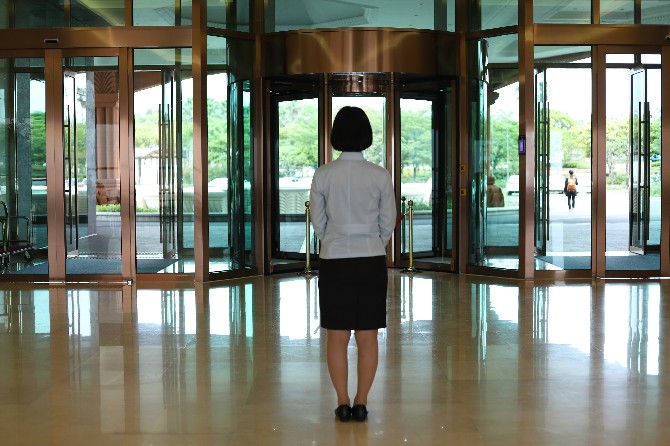 Two entrants with Hong Kong ID cards are being charged for violating Macau quarantine requirements. The case was reported to the Public Prosecutions Office, the Novel Coronavirus Response and Coordination Center announced at yesterday’s press conference.
Surnamed Fong and Lai, the two male suspects entered Macau on July 23 and were sent to the Sheraton Grand Hotel for the 14-day quarantine the same night.
Fong and Lai who are cousins are aged 32 and 22, respectively.
Lei Tak Fai, head of the Public Relations Division of the Public Security Police Force (PSP), revealed at the press conference that the two were seen having a chat in a hotel corridor at around 7 p.m. on August 2 by hotel security guards, having apparently left their rooms.
Under the Contagious Diseases Prevention and Control Law, as well as supplementary measures built upon it, no person under quarantine is allowed to step outside their room, except for occasions such as obtaining their meals.
Lei pointed out that as the police have strong evidence that both Fong and Lai have breached the law, the cousins are now being detained. If convicted, they may face a maximum penalty of six months in prison or a fine of up to 60 days.
Lei reiterated that the quarantine measure in effect is not only in place to protect the individuals being quarantined, but also the entire population. The police officer added that failure to comply may cause serious consequences. He hopes that all people will abide with the measure.
Refusal to follow quarantine regulations is a criminal offence that authorities say will likely result in prosecution.
At the same press conference, the Macao Government Tourism Office announced that the Golden Treasure Hotel, situated adjacent to the Golden Crown China Hotel, another quarantine hotel in use, was relisted as a quarantine facility from yesterday.
Meanwhile, the tourism board is also renting the Ole London Hotel to host cargo ship workers serving both Macau and Hong Kong, to ensure no interactions occur with the wider community.
Recently, mainland authorities discovered that nearly 30% of masks did not meet minimum quality standards. The Novel Coronavirus Response and Coordination Center was questioned about measures taken to ensure the quality of such items sold in Macau.
Dr Alvis Lo of the Novel Coronavirus Response and Coordination Center pointed out that under Macau law, both importers and vendors “have the responsibility to ensure quality and safety.”
On top of that, he said that the Economic Bureau conducts regular spot checks to review the quality of masks on the market. “Sometimes they conduct such inspections in association with the Health Bureau and the Consumer Council,” Lo said.
The government’s centralized mask supply has entered its 20th round. Lo disclosed that the government is now sourcing masks from more than 15 countries, including mainland China, Vietnam, Indonesia, Peru, Australia, Canada, Switzerland, and Portugal.
From the start of the mask supply scheme, 1.17 million masks have been sold to Macau residents and non-resident workers, Lo added.
Lo also commented on the scientific progress that two universities have achieved regarding Covid-19.
The Macau University of Science and Technology (MUST) has made a leap in vaccination development in association with the Hong Kong Polytechnic University, and other mainland institutions. Meanwhile, the University of Macau (UM) has employed Artificial Intelligence (AI) in helping to sort out potential Covid-19 patients.
On the two developments, Lo reiterated that the MUST research is at a very early stage. The vaccine still requires three phases of testing before obtaining a green light from global health authorities, let alone entering the market.
On the UM progress, the medical doctor added that for the time being it is not as necessary in Macau given the city’s relatively few cases. “It is best used in places with a large amount of cases as the AI technology can help shortlist potential patients using their lung imaging diagrams,” Lo explained.