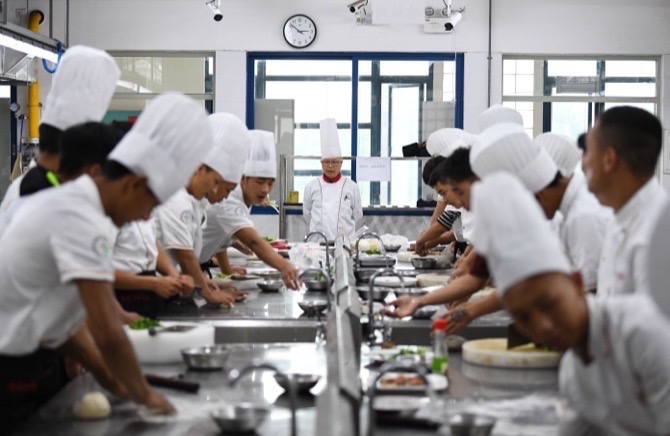 Macau has signed a memorandum of understanding with the Creative City of Gastronomy of Shunde, also in southern China’s Pearl River Delta area, to cooperate in a purpose-built International Gastronomy and Culture Exchange Center in the mainland city.

According to a statement issued by the Macao Government Tourism Office (MGTO), a total of 23 Creative Cities of Gastronomy agreed to sign the memorandum to take part in Shunde’s initiative.

The center, which is part of the “Overseas Chinese Town,” a major new cultural and tourism zone under development in Shunde, has been created to provide a physical platform for Creative Cities of Gastronomy to interact and cooperate in joint activities.

Shunde is one of the cradles of Cantonese cuisine, situated at the core of the Pearl River Delta, with Guangzhou to the north and Hong Kong to the south.

Under the theme of “Creative Gastronomy – Food, Culture and Sustainable Innovation,” the various Creative Cities of Gastronomy will be invited to showcase and exchange traditional gastronomic culture during international culinary competitions, exhibitions, conferences and outdoor food festivals to be conducted at the center in Shunde.

Held at the Creative City of Crafts and Folk Art of Fabriano in Italy, the annual conference brings together delegates from 125 member cities across the different creative fields of the network.

Yesterday, the tourism chief was among the guest speakers of a themed session involving representatives from Creative Cities in the field of Media Arts and Design from Senegal, Australia and Mexico to discuss “Stimulating Innovation.”

During the session, Fernandes talked about the SAR’s policies, measures and incentive schemes to mobilize stakeholders to foster the development of cultural and creative industries.

The official also reported to delegates from the Creative Cities of Gastronomy on the activities developed by Macau over the past year, including the main initiatives the city conducted as part of its four- year plan to develop as a City of Gastronomy.

Created in 2004, the network is comprised of a total of 180 member cities from 72 countries in seven creative fields.  LV