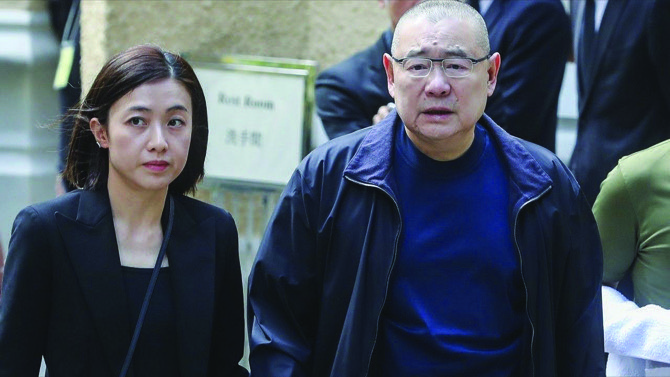 Hong Kong billionaire Joseph Lau has filed a court challenge against proposed extradition law changes that would make it easier to transfer fugitives between the city, Taiwan, Macau and mainland China.

Lau, who was convicted of bribery and money-laundering in the neighboring city of Macau in 2014, filed for judicial review of the move yesterday in Hong Kong’s High Court. The proposal in question would allow for one-time transfers of suspects between Hong Kong and jurisdictions for which it lacks extradition agreements, such as mainland China, which has a separate legal system.

In his court filing, Lau argued that the law’s passage would remove his legal protection from having to serve prison time resulting from a trial that “manifestly failed to meet internationally mandated standards of fairness.” The former Chinese Estates Holdings Ltd. chairman contended that the case gave him “direct legal interest in the subject matter of the bill.”

Lau was sentenced in absentia in Macau to five years and three months in prison. Since there’s no extradition pact between the cities and Lau hasn’t returned to the gaming hub, he’s so far served no jail time. He is Hong Kong’s 10th richest man with a net worth of USD8.5 billion (MOP68.77 billion), according to the Bloomberg Billionaires Index.

A Chinese Estates spokeswoman declined yesterday to comment on what she said were Lau’s personal affairs.

The extradition proposal has become the latest focal point for concern over China’s encroaching influence over Hong Kong, which has been governed separately under a “one country, two systems” framework since its 1997 return from the U.K. The move is particularly concerning to foreign businesses operating in Hong Kong because it could suddenly expose their local staff to the risk of prosecution on the mainland.

Last week, the Hong Kong government said it would remove nine categories, largely commercial crimes, including bankruptcy, securities and futures, and intellectual property from the proposal. Offenses such as murder, corruption and robbery that would be eligible for at least a three-year jail sentence under Hong Kong law will remain.

The changes failed to convince many critics, with thousands of residents taking to Hong Kong streets Sunday to demand the plan’s withdrawal. The American Chamber of Commerce in Hong Kong welcomed the tweaks, but said it continued to have reservations about the proposal.

“Those concerns flow primarily from the fact that the new arrangements could be used for rendition from Hong Kong to a number of jurisdictions with criminal procedure systems very different from that of Hong Kong,” AmCham said Friday. “We strongly believe that the proposed arrangements will reduce the appeal of Hong Kong to international companies considering Hong Kong as a base for regional operations.”

Lau remains a high-profile figure in Hong Kong despite stepping down from his Chinese Estates post in 2014. He recently married a former journalist, and has been active in art and jewelry auctions, purchasing a 12.03-carat blue diamond for $48 million at Sotheby’s in 2015. Shawna Kwan, Bloomberg