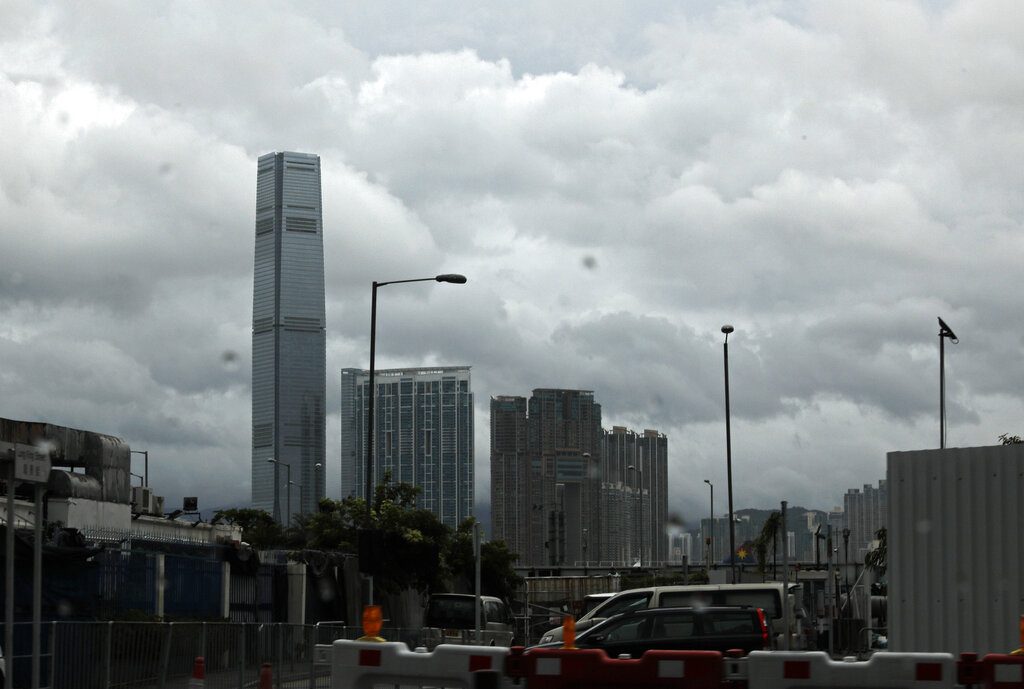 School classes in Hong Kong were canceled and workers advised to head home early as Tropical Storm Wipha swept by south of the city today (Wednesday), bringing heavy rain and winds of up to 95 kilometers (60 miles) per hour in some areas.
The Hong Kong Observatory issued a Tropical Cyclone Warning Signal Number 8, on a scale of 10, in the early afternoon as winds strengthened.
The observatory earlier advised members of the public with long or difficult trips home or who live on outlying islands to begin their journeys immediately. It said arrangements were being made for government workers in the Asian financial center to head home early.
Wipha’s center was passing about 300 kilometers (186 miles) southwest of Hong Kong. It is forecast to barrel into the island province of Hainan and other parts of southeastern China before heading to Vietnam and Laos.