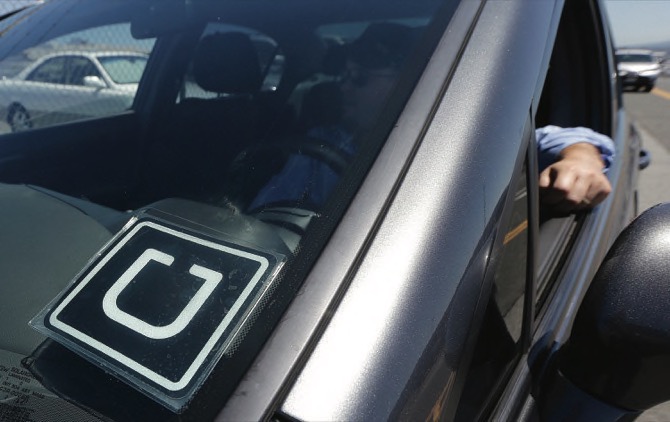 Uber Technologies Inc., responding to a European crackdown on offshore tax havens, created a $6.1 billion Dutch tax deduction that will help the company reduce a chunk of its global tax bill for years to come.

San Francisco-based Uber generated the outsized deduction before its initial public offering in May because it moved some of its offshore subsidiaries to different countries as a result of new European Union rules governing multinational companies.

The $6.1 billion deduction came through an increase in the value of intellectual property that Uber transferred between its offshore subsidiaries, according to the company’s first quarterly filing. When an intangible asset increases in value, so do the tax deductions that come with its use over time.

“It’s safe to say that Uber will not be paying any taxes for the foreseeable future,” said Robert Willens, an independent tax and accounting expert in New York.

That $6.1 billion will be a cushion should the company ever turn a profit, allowing the ride-hailing company, which has offices and subsidiaries in the Netherlands, to winnow down the Dutch portion of its future global tax bill.

The windfall is only applicable to the company’s tax bill in the Netherlands, a tax-reducing hub favored by multinational corporations. But it will certainly lower the company’s overall global tax bill if it becomes profitable. Meanwhile, the company can use its U.S. losses to lower its U.S. tax bill.

Uber isn’t the only U.S. company that has moved operating units around the world in response to Organization for Economic Cooperation and Development rules. The OECD requires multinational companies to justify the business purpose of their offshore operations. Low-tax countries like Singapore, Ireland and the Netherlands are becoming more desirable than no-tax Caribbean havens such as Bermuda.

Uber’s windfall was created last March when it pulled intellectual property out of a paper entity in Bermuda with no employees and put it into a Dutch entity that’s ultimately controlled by a holding company in Singapore. The Dutch entity has dozens of other Uber entities under it, according to Netherlands Chamber of Commerce documents.

But the size of the tax savings took experts by surprise.

Willens, the tax expert, called the $6.1 billion deduction “unusual” relative to Uber’s roughly $73 billion market value. Another independent tax and accounting expert, Frank Vari in Boston, said he was “surprised” that the deduction was “that large.” The benefit reflected the lofty value that Uber had given its IP when it moved its subsidiaries to new locations.

An Uber spokesman said the shuffle was made to “meet the demands” of “the new global tax environment.” He referred to the OECD rules that aim to prevent technology and pharmaceutical companies from using paper companies to whisk profits earned in high-tax countries to low-tax and no-tax ones.

The spokesman, who asked not to be named, citing company policy, added that the shuffle also marked an end to Uber’s use of a different tax strategy, known as “Double Dutch.” That structure, which involves Dutch entities with no employees that funnel profits to havens, has been popular with multinationals in recent years and is now in the cross- hairs of European regulators.

Technology companies have always worked hard to keep their tax bills low. Amazon.com Inc.’s relatively small annual profits have allowed the e-commerce giant to shrink its tax payments while re-investing in new projects. That strategy has been a recipe for high growth and low tax payments.

In the U.S., Uber has tallied operating losses of more than $10 billion over the last three years. Those losses will allow it to cut down its future U.S. tax bills. As of the end of last year, it reported U.S. net operating losses for future use of $5.1 billion for federal purposes and $4.4 billion for taxes in the states in which it operates.

Those losses, which reduce taxable income, would allow it to save around $1 billion in federal tax and around $220 million in state taxes, or a total of around $1.2 billion, Willens said. They’re in addition to the $6.1 billion Dutch buffer.

Before President Donald Trump’s 2017 tax law, companies could fully carry losses back two years and forward 20 years. Now, they can’t be carried back, and can offset only 80% of taxable income.

Tax rates in the Netherlands and Singapore fall well below the new 21% US rate. The Netherlands has a top corporate rate of 25%, though income from intangible property, like royalties and licensing fees, can be taxed at 7%. Singapore’s corporate rate is 17%, though some companies can winnow that down through incentives and other measures. Uber’s Netherlands-based IP is tied to royalties, licensing and trademarks that underpin its business in 63 countries as of last year’s end. MDT/Bloomberg