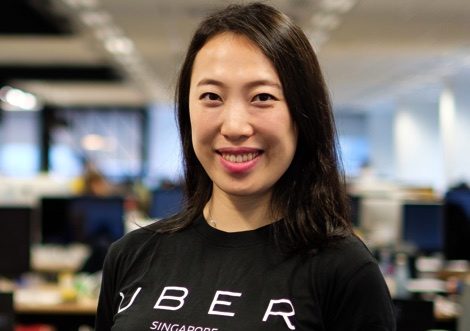 Uber, an online transportation plat-­form that is in its 8th month of operation in the region is not only being used by locals but by tourists as well.
As the app is used in nearly 500 cities globally general manager of Uber Macau, Trasy Lou Walsh told a media gathering yesterday, noting that costumers from 150 cities used Uber in the territory.
Declining to comment on the controversy with local authorities (who previously claimed that Uber is operating illegally) Walsh revealed that the ultimate vision of the online app while operating in the region is to “make Macau a more livable city” for locals, also stressing that Uber can help boost the city’s tourism image.
“We usually hear from tourists that they love Macau but getting around to the historical areas and then getting back to the hotel is just very painful,” she told the Times yesterday.
Uber was launched in Macau in October last year as part of its expansion into Asia. While it first operated in the United States in 2010, Walsh noted that it was only in 2013 when the company started its operation in Asia, with Singapore in its sights.
The general manager admitted that since the online transportation platform has been focusing on primarily expanding in China; in the span of two years it has expanded to between 40-50 cities, with an aim of providing the service to over 100 cities in China by the end of this year.
Although she refused to disclose the number of Uber drivers in Macau, she revealed that the number of drivers is increasing every day. “Driver numbers are not really something that we think are a very good indicator of how our business is growing,” she stressed.
“Because some drivers can work like one hour a week since we’re a very flexible platform. Some drivers can be online for over 40 hours a week. […] We don’t want to give a number to mislead [the media].”
The general manager said they want to maintain the average of a five-minute waiting time for Uber users, seeking to continually shorten the waiting time. She admitted that when Uber first started operation in Macau, the waiting time was 20 minutes.
“Now it’s five minutes, so this is a good indicator of how much the business has grown in terms of drivers and riders,” she noted.
According to Walsh, the main users of their services are the elderly and children, especially those who live in areas where taxis do not normally pass by.
The legality of Uber’s service in Macau has been questioned by groups of taxi drivers and authorities. In November last year, the secretary for Social Affairs and Culture, Alexis Tam sated that the service “violates the law and therefore is illegal.”
Authorities said that the provision of such services is illegal and the region “has its own legal and public transport systems.”
Nonetheless, Uber claimed they have created job opportunities for drivers who used to work in the casino VIP businesses and were affected by China’s economic crackdown.
“Uber helped some of them to actually earn a living,” said Walsh. “We hope to continue to do better and improve.” Lynzy Valles