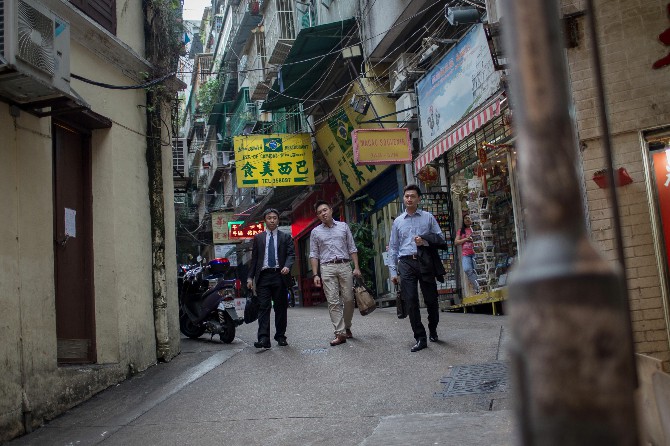 Macau’s underemployment rate held steady at 4.8%, while both the general unemployment rate (3.0%) and the unemployment rate of local residents (4.1%) for February to April 2021 increased by 0.1 percentage points from the previous period of January to March 2021.
According to data from the Statistics and Census Service (DSEC), the labor force living in town totalled 394,500, and the labor force participation rate was 69.6%.
Total employment was 382,500, a drop of 2,400 from the previous period; the number of employed residents totalled 281,600, up by 200.
Analysed by industry, employment in Wholesale & Retail Trade decreased, while rates in Gaming & Junket Activities increased. The number of the unemployed increased by 400 from the previous period to 12,000. Among the unemployed searching for a new job, most were previously engaged in Gaming & Junket Activities and in the Construction sector.
Meanwhile, the proportion of new labor market entrants seeking their first job decreased by 3.1 percentage points to 5.6% of the total unemployed.
The number of underemployed fell by 300 from the previous period to 18,900, with the majority working in Gaming & Junket Activities and the Construction sector.
In comparison between February to April 2020, the underemployment rate and the unemployment rate increased by 2.7 and 0.8 percentage points respectively, while the labor force participation rate dropped by 0.4 percentage points.
In a Legislative Assembly plenary session on Thursday, Secretary for Economy and Finance, Lei Wai Nong, was grilled by lawmakers regarding the lack of regulations and rule enforcement to guarantee that local residents continue to get priority access to jobs.
Currently, the city has no concrete data – nor does it plan to gather at the moment – on the number of total layoffs since the beginning of the Covid-19 pandemic.
Meanwhile, according to official data, Macau residents and non-resident workers who worked in the SAR but lived outside the territory were estimated at 84,000; when including these individuals, total labor force was 478,500, a decrease of 1,400 from the previous period.